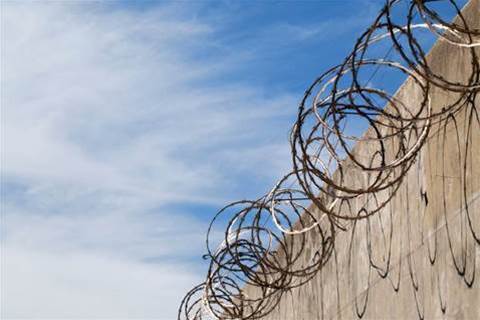 And to investigate use of legitimate prisoner telephone system.

Corrective services agencies are pitching for access to telecommunications metadata to investigate the use of smuggled mobile phones and the prisoner telephone system to facilitate alleged criminal activities from behind bars.

The state and territory agencies - represented by the Corrective Services Administrators’ Council or CSAC - say “unmonitored communications” in Australia’s jails present a “serious threat to correctional facilities and the wider community.”

They also argue that metadata could validate whether or not offenders on community corrections orders are adhering to court-imposed conditions, like restrictions on phone or internet use.

Though warrantless access to metadata is only meant to be allowable to officially-listed enforcement agencies, dozens of other entities have also requested and in some cases accessed metadata, according to Communications Alliance.

However, CSAC is pushing for more unilateral access to metadata for all corrective services agencies - access it argues they had up until 2015.

CSAC said agencies needed metadata to counter “exponential growth in the use of telephony” by criminals both in custody or under community corrections orders.

“A common example in the corrections context is the unlawful use of mobile phones,” the council said.

“In this regard, mobile phones raise significant security concerns as they can be used to arrange escapes, threaten and intimidate witnesses or victims, traffic contraband, and facilitate communication with offenders outside a correctional centre.”

“Evidence also suggests that multiple prisoners share individual mobile phones, and are able to make a significant number of unmonitored communications each year, presenting a serious threat to correctional facilities and the wider community,” it said.

“Although [corrective services agencies] have a range of strategies to detect and prevent inmate mobile phone use, the use of telecommunications data (call charge records and SIM card registration details) following the detection of unauthorised mobile phone use in correctional centres would allow for identification and, if deemed appropriate, prosecution of the inmate or inmates found to be linked to the mobile phone.

“In this way, criminal associations operating from within correctional centres can be identified and prevented.”

For those subject to community corrections orders, CSAC said regular checks of an offender’s device were needed to enforce court orders.

“These checks can only be validated through the accessing of call charge records and metadata held by telecommunications providers,” it argued.

In case study notes, CSAC indicated that agencies had lost the ability to monitor use of prisoner telephone systems, which it said increased the risk of contraband being smuggled into facilities.

It also argued that agencies could not identify “contacts of offenders deemed a national security threat” or vet other activity over the telephone system, particularly if offenders “used aliases to avoid their communications being detected.”

In some instances, CSAC said corrective services agencies handed off investigations to an enforcement agency with the power to pull metadata records.

However, it said corrective services agencies may then not be kept abreast of dangers, because metadata-related findings could not be shared.

“The lack of immediate access to telecommunications data can also impact risk assessments which may only be relevant to corrective services agencies,” CSAC said.

“Information which is not relevant to partner agencies may also be inadvertently overlooked or dismissed or not addressed due to competing priorities.”