Galaxy Nexus cleared for sale in US 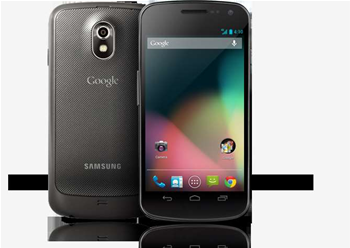 A US appeals court overturned a preliminary injunction on the sale of Samsung's Galaxy Nexus smartphone on Thursday, dealing a setback to Apple in its battle against Google's increasingly popular mobile software Android.

Apple is waging war on several fronts against Google, whose Android software powers many of Samsung's devices.

In one of the more visible developments of that battle, Apple scored a sweeping legal victory over Samsung in August when a US jury found Samsung had copied critical features of the hugely popular iPhone and iPad and awarded Apple $1.05 billion in damages.

In this case, the US Court of Appeals for the Federal Circuit was considering an injunction ordered before the trial began but which was quickly stayed. The appeals court reversed the injunction entirely on Thursday, saying that the "district court abused its discretion".

Apple failed to prove, the court said, that consumers purchased the Samsung product because of the infringing technology. The court considered a single patent — one which allows the smartphone to search multiple data storage locations at once. For example, the smartphone could search the device's memory as well as the internet with a single query.

The appeals court has sent the case back to a lower California court for reconsideration.

On Wednesday, Google executive chairman Eric Schmidt called the intensifying struggle between Apple and his company a "defining fight" for the future of the mobile industry.

"We've not seen ... competitive fights on this scale," he said during an interview with tech blog AllThingsDigital.