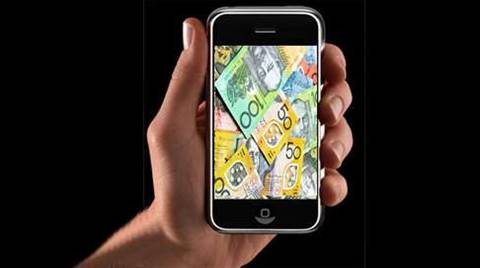 Future Fund has handed its staff iPhones to replace an ageing fleet of Blackberry handsets and is using the feature-rich iOS platform to deliver real-time business intelligence and CRM data to its portfolio managers as they travel the globe.

Future Fund, both a Commonwealth agency and global investment firm managing over $100 billion of Australia's sovereign wealth, invests funds using some 100 partner firms spread across the US, Europe and Asia.

Portfolio managers therefore tend to spend a large amount of time travelling the globe, but deal with information the Australian Signals Directorate classifies as 'Protected'.

Joe Demian, head of information technology at Future Fund, told the Gartner Symposium this week executives and senior investment individuals were "seeing how iPads and iPhones were being used by their peers on other boards [they sit on]".

"I had these business sponsors coming to me saying they can see value in using iPads and streamlined processes in board meetings rather than using paperwork."

The ASD guidelines meant Demian couldn't offer an open slather BYOD approach. But he also didn't want to swap Blackberry for Apple and simply get tied to another mobile operating system.

"What we realised from our experience with Blackberry was that we have a preference for securing information, as opposed to managing devices," he said. "We have an outsourced model and don't have a lot of [IT] staff - I wasn't interested in generating a capability around the managing of multiple devices.

"We have a preference to be OS agnostic. We wanted a solution that was secure and resilient but more important, we wanted it to be simple. We found that the requirements the ASD put on us in terms of how they wanted us to configure the Blackberry server became more complex over time and carried a significant overhead for us."

Future Fund ran a proof of concept using iDevices, Good Technology's MDM solution [Good for Enterprise, which the ASD was working to certify as EPL4 at the time] and the Fund's existing investment in Citrix Receiver.

User feedback was mixed - the 20 staff in the trial loved using their new devices but expressed concerns that forwarding emails was "clumsy" and they couldn't view a peer's calendar.

Demian nonetheless chose to swap out Blackberry handsets for iPhones, with a fleet of iPads also available for staff to book out on loan when travelling.

The business case, he explained, wasn't built on a straight MDM swap-out between Blackberry Enterprise Server and Good for Enterprise. He was ultimately swayed by the ability to expose a broader range of business data out to mobile devices using the Good Dynamics platform.

GD 'wraps' the same protections (API swap-outs) used in Good For Enterprise around third party applications, allowing them to run within the same secure container.

"What we were excited about was the value our business people could leverage from the mobile platform and integrate it with our core capabilities," Demian said.

"We spent a lot of time implementing a document management system. It is effectively the database repository for a lot of unstructured information that's captured as part of the due diligence and research process," he said.

"My investment team are hoarders of this information and finding ways to mine it was key to them."

Within weeks, Future Fund will also start pushing out business intelligence reports to iPhone users in the field, using data sourced from the same SQL database and data management platform used by the agency's desktop analysts.

They will again use a third party app vetted for use within the GD platform - Roambi - which pulls data from this system to render a business intelligence dashboard on mobile devices.

"We want to provide some snazzy reports in real-time about our portfolio - not just to investment staff but ultimately to the board as well - delivering something real-time tomorrow which would have been monthly today," Demian said.

Portfolio managers will be able to track their performance and the performance of their key stakeholders in real-time while on the road.

Future Fund is also looking at what GD apps might be able to expose data from the investment company's existing CRM system.

"We have a lot of stakeholders - and prioritising those people has its own overhead," Demian said.

"Ultimately, we would like the ability to expose CRM features through Good Dynamics platform do that when our staff interact with stakeholders overseas, there is a secure and dependable way to interact with the same set of systems back home."

Brett Winterford travelled to Gartner Symposium as a guest of Good Techology.