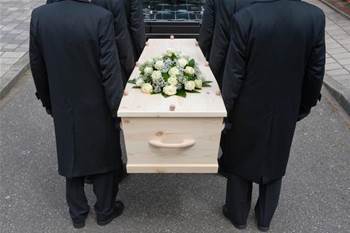 Funeral, cemetery and crematoria operator InvoCare’s IT budget surged almost 500 percent in just a year as the growing business tries replaces ERP systems it describes as being at "end of life".

With over 30 bereavement brands in Australia including White Lady Funerals, the conglomerated undertaker has confirmed to iTnews it is pulling the plug on a legacy base of Salesforce and Epicor systems in favour of a variety of Oracle's cloud-based solutions for customer and operations management.

Martin Earp, InvoCare’s chief executive revealed the new software was road tested across a number of the business’ brands earlier this year.

Speaking during to the InvoCare's 2018 half-yearly results presentation this month, Earp said a full rollout is expected to be complete by the end of 2018.

An InvoCare spokesperson confirmed to iTnews the majority of the IT capital expenditure booked for the first half year of 2018 was a result of the Oracle rollout, but stressed that the aggregator business was also updating wi-fi, WAN and telephony capabilities across its businesses.

The spokesperson added the hardware improvements would also support the ERP integration across its brands and outlets.

Even so the boost in IT capex to $8.9 million, up from $1.5 million, was booked in as a 493 percent increase over the previous corresponding period.

The increase is also by far the largest proportional spending in the company’s numbers for the period.

Overall, IT spend was categorised two ways, with the lion’s share ($7.6 million) falling under the “protect & grow” strategy and the remainder being classified as “business as usual”.