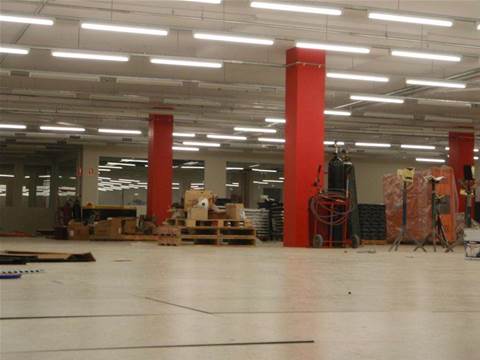 Fujitsu has revealed further details of a new multi-million dollar data centre to open in Perth in ‘late 2010’, including the free cooling system it will use.

Construction on the Perth data centre is expected to begin in August 2009, with the building slated for completion in November 2010.

Earlier this month, Fujitsu revealed to iTNews that the Perth centre would benefit from further energy efficient technology to that already implemented in its new Sydney data centre , located at Homebush Bay.

“The base design will feature an advanced hybrid cooling system similar to Sydney, but Perth’s climate will also allow us to implement free cooling as an option for our customers about eight months of the year, which could potentially decrease the cooling load by up to 50 per cent,” said Michael Gunton, general manager of data centre services at Fujitsu Australia.

“The use of ultrasonic humidifiers will deliver further cost advantages since they require only 20 per cent of the energy that traditional units use.”

The centre appears to be further proof that the market for data centre space in Australia continues to boom, despite the economic collapse.

“At a time when other companies are tightening their belts, reducing headcount and cancelling major projects, Fujitsu is reaffirming its long-term commitment to the Australian market with a significant investment in world class data centre infrastructure,” claimed Rod Vawdrey, CEO of Fujitsu A/NZ.

Free cooling is also gaining interest from local data centre operators, particularly those based in colder climates, as a way to reduce the use of chillers in their environments.