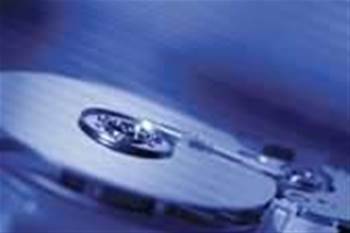 Faulty hard drive case to be heard in July next year.

Anabelle Bits (which trades as ASI Solutions) and Webster Computer Systems are battling Fujitsu over the purchase and integration of thousands of defective hard drives into computer systems the resellers made in 2000.

The resellers claimed Fujitsu knew of the problem but did not quickly inform them of it - and in September last year won the right to pursue Japanese parent Fujitsu Limited for financial "relief".

"[Their] case is about lost customers and there's quite a long list of customers in evidence," McLennan said.

"We don't have what we'd consider a critical piece of the puzzle, which is Anabelle Bits' damage reports.

"There's a wide range of customers they say they've lost as result of my client's hard drives."

McLennan said it would take time for Fujitsu to "focus in on particular customers and events" in filing its defence and sought a court ruling to allow the company until March 18, 2011 to file a response.

"My concern is the public perception of... the court taking so long to deal with this matter," Cowdroy said.

"The court has the responsibility to shepherd it along [to hearings and a conclusion].

"This case, I gather, had difficulties before I came into it. Unless there's something extraordinary about this matter, it is moving at a very leisurely pace."

"It does look like a lot of time for the respondent, but it's not indulgent," McLennan responded.

"What's difficult is framing alternative assumptions [to those in Anabelle Bits' damages claims] that we want to put forward to our expert."

Justice Cowdroy set the date for evidence to be received at February 18, 2011 instead of March.

He also set aside at least 10 days from July 20 next year for hearings in the case - and asked counsel to set aside the first fortnight in August in case it was required.

Cowdroy said that the Federal Court had time in April 2011 to hear the case, but the court was reminded that Fujitsu's senior counsel Peter Brereton was unavailable before July.

He also told both parties they were obliged to re-list the matter sooner if it appeared "there was some problem and documents hadn't been served", but he did not make orders to that effect.