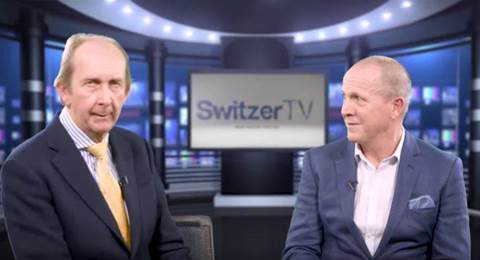 Transforming Australia one non-bank loan at a time.

Technology career transformations come in all shapes and sizes, and none more so than that of the trailblazing proponents of digital identity from the Digital Transformation Agency and Australia Post.

Slater, now chief of digital payday lender, Nimble has confirmed plans to flip the greatly misunderstood quasi-philanthropic venture into an ASX-listed neobank with an Authorised Deposit Taking Institution application now in the works.

Slater deftly explains the gentle art of payday lending is really all about taking responsibility, something that's become rather a hot fashion in banking circles of late.

Slater said he wants to “broaden" the Nimble proposition "out to become a full service digital bank mainly targeted at millennials”.

“Our ambition is to be able to offer deposits with higher interest rates,” Slater said.

“We are in the very early stages of discussions with APRA.”

It would be grossly unfair to suggest that access to fast and easy online cash, especially unsecured credit, represents the seedy side of an overhyped fintech sector looking to make a fast buck out of an overstimulated fad.

Or to suggest that some segments of the payday lending industry have questionable governance and ethics at the base of their business case.

So we won’t, because Slater dispels such myths so much better than we can.

Pursued by Switzer over why there’s a need to transform Nimble into a bank, Slater conceded the brand “certainly has some negativity associated with payday lending.”

“We are not a predatory lender, we are a responsible lender.”

The distinction is an important one, especially if you are applying for an ADI license.

“I think it fundamentally comes back to the customer. A customer has a need,” Slater responds.

“To me, Nimble does responsible lending, we assess a customer’s ability to pay  … we only approve 15 percent of applicants. We don’t lend to people who are unemployed, we look for gambling patterns,” Slater argues.

“Predatory lending is just charging exorbitant rates … for desperate people who should not be given credit.”

Slater reckons the average Nimble borrower is misunderstood. They often hold two jobs, earn around $50,000 and often use the cash for a rental bond.

“Many of our customers are employed by the major corporates and even some government departments.”

But Slater has competition, and not just from the likes of Afterpay that lets people experience the full joy of never having to save.

His arch digital identity rival, former Australia Post and NAB CEO Ahmed Fahour on Tuesday revealed that his new employer Latitude Financial is getting into the digital lay-by market with none other than Gerry Harvey and Katie Page.

Fahour’s also talking up an ASX listing for the non-bank lender, telling the Australian Financial Review banks were abandoning the unsecured credit market.

The deal, according to the AFR lets Harvey Norman customers pay for goods under $1000 in ten instalments.

And while Slater calls payday lending “responsible lending” Fahour told the AFR buy-now pay-later was definitely credit, but characterised it as “responsible shopping”.