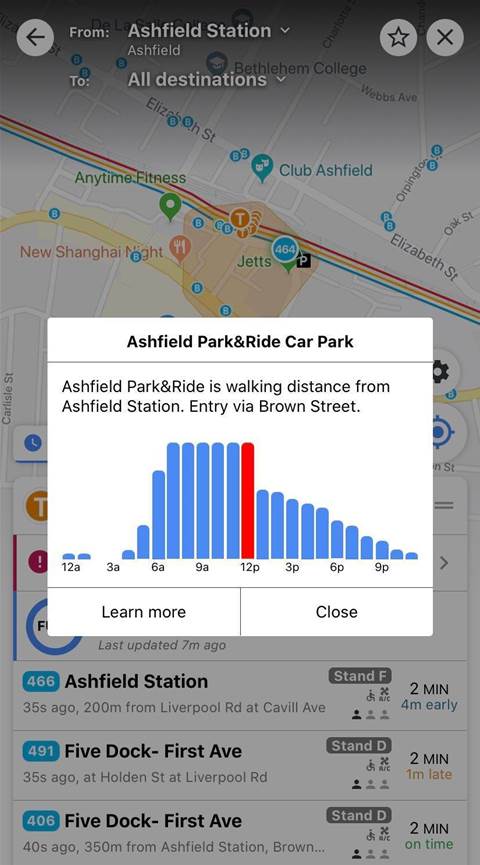 Sydneysiders who use free public transport parking when commuting can now see how many vacant spaces are available in select car parks before hopping in the car.

Opal Park&Ride car parks, which can be found in ten locations across Sydney, are free for up to 18 hours a day as long as a public transport journey is completed. A further ten car parks are planned.

The trial is aimed at helping commuters better plan their journey before they arrive, so they can opt for alternative arrangements such as walking, cycling or catching public transport.

The data, which is initially available through AnyTrip, is collected using the smart parking systems at the car parks and released to “a select group of endorsed third-party app developers” on TfNSW’s open data hub.

“AnyTrip is the first third party app developer to support this trial,” a TfNSW spokesperson said over the weekend.

“The real-time car park feature will provide customers with an approximate number of parking spaces available at each location along with predictive occupancy patterns based on historical data.”

The trial is the latest expansion of TfNSW’s real-time data project, which until now has largely focused on real-time occupancy of Sydney Trains to allow passengers to pre-empt crowding.

The data, which is available through both transport apps and on platform indicator boards, is collected from in-built sensors under the axle of each Waratah train.