Foxtel urges government to force the hand of ISPs 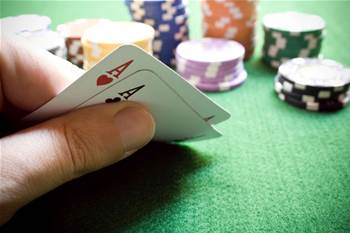 Insists ISPs must bear the costs of cracking down on online piracy.

Pay TV company Foxtel fears that internet providers will stymie any attempt to introduce a notice scheme to combat online piracy unless they’re made to bear part of its cost.
Foxtel chief executive Richard Freudenstein told a copyright forum in Sydney that he expected “recalcitrant ISPs” would find a way to make such a scheme expensive, slow and difficult unless they were made to pay to send notices to consumers suspected of breaching copyright laws.
“Our position is that each party should bear their own costs. We should bear the cost of finding the illegal downloaders. The actual implementation costs should be borne by the ISPs and the reason for that is that we want this to be as efficient as possible,” Freudenstein said.
He said that content owners would be prepared to assist with costs to automate any proposed notice or graduated response scheme, but that ISPs should be prepared pay any ongoing costs.
“Once you’ve got the upfront set-up costs, the cost of pressing a button and sending a notice, which ISPs do to their customers all the time, shouldn’t be very much,” he said.
Freudenstein was speaking as part of panel assembled for the Australian Government’s copyright forum and hosted by Communications Minister Malcolm Turnbull in Sydney last night.
The costs of implementing such a scheme have been cited as the key reasons why talks between ISPs and the entertainment industry have failed in Australia.
Fellow panel member, iiNet chief executive officer (CEO) David Buckingham, refused to be drawn to comment on whether iiNet would oppose a notice scheme when Minister Turnbull asked him to put aside questions of cost.
“Why should we contribute to a scheme that we think is ineffective?” Mr Buckingham responded.
The event, attended by major stakeholders behind the ongoing debate over how to tackle online piracy, continued to reveal the deep divisions between copyright owners and internet companies that remain, despite years of negotiations behind closed doors.
Impassioned pleas for logic came from both sides of the debate in a tit-for-tat fashion that resulted in victories with the audience in roughly equally measure.
The remaining panel members included Telstra regulatory affairs chief Jane Van Beelen, Village Roadshow CEO Graham Burke, Australian Performing Rights Association CEO Brian Cottle, Choice CEO David Kirkland and Peter Duncan, creator of the successful TV series Rake.
In Australia, the online piracy debate has become lively, as it is one of the jurisdictions in which Hollywood has funded thorough legal tests to see if ISPs can be held liable for their customers copyright infringement activity.
That test failed in 2012 when iiNet won a landmark High Court decision exonerating it of authorising customers to breach copyright.
That was seen as a victory for the Australian internet industry, but it also put the government on notice that it’s copyright laws were no longer keeping up with technology and required an update.
Since then, the debate has pivoted on whether content owners have been doing enough to make digital entertainment content available to consumers at an acceptable price and whether ISPs are sincere in their efforts to recognise the concerns of copyright holders.
TV producer Duncan said that ISPs were perceived to “be sitting on their hands” until forced to take action via legislation.
Among proposed legislation that ISPs are fighting is the possibility of extending “authorisation liability” – in other words, adjusting the law to make it easier for content owners to make a civil case that ISPs are authorising customers to breach copyright law.
Representatives of content owners like Cottle said that the expansion of authorisation liability was “not about providing a platform to sue ISPs”. However, his comments and those of his opponents suggested otherwise.
“It’s important to understand what the true purpose of the authorisation device is. It is to bring, in the shadows of the iiNet High Court decision, the ISPs back to the table. It is to recreate the incentive that the government thought that it had created in 2005 to get the ISPs to cooperate with content owners so as to reduce online infringement. That’s the stated policy in the various free trade agreements and that of course we say is that there ought to be a policy based on principles of equity,” Cottle said.
At that point Telstra's Ms Van Beelen cut in.
“The ISPs have been at the table, and as you said yourself, the key issue has been costs. There’s been no lack of willingness to discuss. The whole industry has expressed that willingness to discuss and to engage. What we’re concerned about is that (authorisation liability) just tips it back such that (you ask) what incentives do the rights holders have to agree that anything is reasonable, if there’s this huge stick of authorisation liability hanging over the ISPs?”
Got a news tip for our journalists? Share it with us anonymously here.