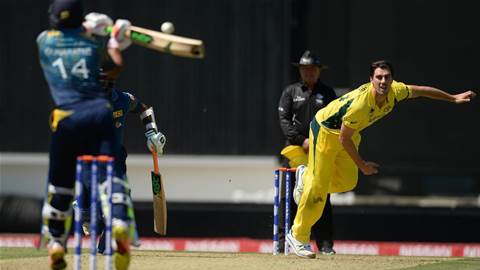 After successful use during last summer’s cricket season.

Fox Sports Australia's commentators may soon be alerting cricket fans when to take bathroom breaks during a game based on AI predictions of when a wicket is likely to fall.

The use case is one of a number of opportunities being explored by Fox Sports Australia following the deployment of an AI bot based on Google technologies last summer.

Head of marketing Chris Pocock told the Google Cloud Next 19 conference in San Francisco that the bot - and associated systems - were created in partnership with creative agency Mindshare.

After Fox Sports Australia landed some of the broadcast rights to cricket back in 2018 - rights which had previously been with free-to-air networks for decades, the company needed to find ways to encourage people to shell out for subscriptions.

“Cricket had been available on free-to-air television since the dawn of time,” Pocock said.

“By moving it onto subscription TV, we had to build an experience like never before to really build that fan engagement and make it worth paying for - and that is what we promised.”

Foxtel acquired the rights because it’s other major sports - AFL, rugby league, rugby union and motorsports - all had largely the same off-season over the summer.

Cricket was brought in to fill that programming gap.

The sport is also traditionally data-rich, with many possible data points and monitoring technologies introduced over the years.

“It is an ideal game for structured data,” Pocock said.

“There are so many data points within the game: types of ball bowled, whether it's spin or fast; how long has a batsman been at the crease; Is he the first batsman or the last batsman; what time of day is it; what's the weather like; what field positions has the captain set up?”

However, without any history broadcasting cricket, Fox Sports Australia and Mindshare needed to get access to some historical data.

“Our first job was to find a world class data provider and we chose Opta Sports - they track 83 unique variables for every single ball, and that data's available in seconds - almost as soon as it leaves the bowler's hand,” Mindshare’s head of innovation Jack Smyth said.

The agency took a year’s worth of data and threw it into Google’s AutoML Tables, a service that provides a way to build and deploy machine learning models on structured data.

The result was Monty, which Fox Sports Australia said back in February was “a custom machine learning model designed to spot when and how wickets would fall in live games, in real time.”

“Monty can spot a wicket up to five minutes before it falls – and instantly alert fans to watch it live on Fox Cricket,” the broadcaster said at the time.

The model was trained using data drawn from 83 variables.

“The machine learning model works by recognising patterns in player behaviour based on past form and the live conditions of the pitch,” Fox said, adding it had “predicted close to 498 wickets across international cricket games”.

Smyth said Monty’s early accuracy raised eyebrows internally. “Some of the team even thought Monty had to be cheating because the early results were simply so good,” he said.

“Thankfully, those doubts dissipated as we went through further training.”

Monty was used not just to predict when a wicket would fall but also how it would fall.

“This became addictive to watch this come in in real time; it almost became a game in itself,” Smyth said.

“And as we were confident with the accuracy we were seeing during testing, we knew that Monty was ready for the main stage.”

“And if you think about it, even the plays that he missed became highlights in their own right, because that proves that a bowler had come out of nowhere.

“They'd literally beaten the odds to take that wicket, and that meant it was an extraordinary play in its own right.”

Smyth said that Monty’s predictions became a central input into the sale of advertising around cricket.

“There would be live digital billboards that could call back to the latest prediction, we had bid management through Google Ads so, pending his confidence, we'd pay a certain amount for an ad impression,” Smyth said.

“You could ask Fox Cricket for Monty's call - he'd return a result, you could understand how he was making those predictions, and of course, get the latest team news,” Smyth said.

“And for me, that's more than marketing. That's a new product experience and an entirely new way to watch live sport, both on the screen and with your own personal commentator, with an incredible superhuman insight into the game.”

Smyth said that after Monty’s first season, Fox Sports saw a “150 percent improvement in marketing ROI through featuring those predictions in our media and our messaging.”

“Brand recall for Fox Sports doubled, and app engagement with the Fox Cricket app was 140 percent that of category averages thanks to Monty's predictions,” he said.

Pocock said that Fox Sports Australia is now planning to incorporate Monty and its capabilities into broadcast products to a greater degree.

“Monty will live on next summer [at the cricket] but we also want to look at what can he do for other sports,” Pocock said.

“We're starting to look at man vs machine: we have a panel of expert commentators - what do they think the scores are going to be for our AFL games, for our rugby games, and can they beat Monty?

“We want to integrate [Monty more] into our broadcast so allow our cricket commentators to warn fans live on air not to go to the bathroom because a wicket's going to come up in a few minutes, so stick around.”

“We're going to get Monty to build his ultimate team based on structured data,” he said.

“The world is our oyster from Monty. We're going to keep on developing it.”