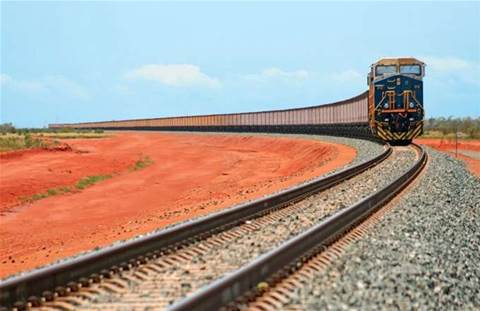 An innovative radio-based signalling system designed to track train movements in the Pilbara is in question, after engineering contractor Norfolk Group was terminated from the rollout by a Fortescue Metals Group supplier.

Norfolk Group said in a financial filing (pdf) that the project's prime contractor, GE Transportation, had "exercised its rights ... to terminate for convenience" works sub-contracted out to Norfolk.

Termination by convenience is also known as a 'no fault' termination and allows a contract to be ended "simply because it suits ... to do so", according to a report by Outsource magazine.

A Fortescue Metals Group spokesperson has been contacted for comment.

A GE spokesperson told iTnews that "GE continues to work with Norfolk Group with a view to ensuring the safe and efficient handover of the project. We have no further comment at this time."

iTnews reported the initial subcontract win by Norfolk in August last year. Under the $56 million deal, a system was to be rolled out on a 294 kilometre stretch of rail in the Pilbara owned by Fortescue, to track train movements using satellite positioning technology.

The contract also included the rollout of two control hubs to allow trains to be tracked and signalling controlled from either Perth or Port Hedland.

Works had been expected to have been completed by December last year, according to a statement made by the O'Donnell Group — an electrical and communications subsidiary of Norfolk — at the time.

Norfolk indicated O'Donnell Griffin — which had been delivering the signalling works — is working with GE "during the notice period to ensure the safe and efficient handover of the project".

It indicated that the parties are negotiating to settle O'Donnell Griffin's claims in relation to the project, though it did not elaborate on the quantum of the claims.

"These negotiations have not been concluded but could have a material negative impact on [Norfolk's] reported EBIT for the year to 31 March 2013," Norfolk stated.

The contract termination came just days after RCR Tomlinson made an offer to buy out Norfolk Group for about $62 million, according to a report by the West Australian newspaper.