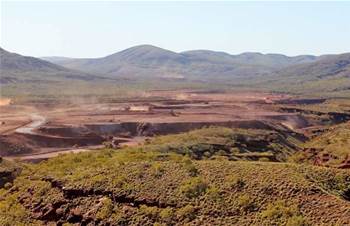 Fortescue Metals Group will receive a technological boost to its forthcoming Firetail mine via a newly inked $1.5 billion outsourcing agreement.

The iron ore giant handed a five-year full-service mine management contract to Leighton Contractors today (pdf) to mine the "low-cost Firetail deposit" within its Solomon Hub in Western Australia's Pilbara region.

The contract comes with a two-year extension option and requires Leighton Contractors' mining division to produce 20 million tonnes per annum of iron ore.

Technology is a key part of what Leighton will bring to the operation.

"The contract ... provides the opportunity to improve efficiencies through the introduction of latest technology into the mining industry," Leighton Contractors managing director Craig Laslett said in a statement.

Further comment was being sought from a Leighton spokeswoman on the nature of technology expected to be introduced onto the site.

The Solomon Hub already benefits from some ancillary ICT infrastructure. Earlier this year, UXC won a deal to deploy fibre optic and satellite communications systems to accommodation camps for the project.

Fortescue is also known to be investing in remote operations and autonomous capabilities for its Pilbara hubs, though its currently unclear how much of this extends into the Solomon Hub operations.