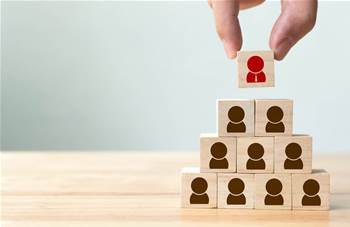 The company, which trades as Hastings Deering in Australia, is one of the world's largest dealers of heavy equipment made by Caterpillar and a range of allied brands.

“I am thrilled to join Sime Darby Industrial as the general manager of digital transformation across APAC," he wrote.

“Trading as Hastings Deering in Australia, Sime Darby is one of the largest Caterpillar dealers in the world servicing the mining, construction and energy industries with a network of 131 branches across 15 countries and territories.

“I’m excited to be part of an amazing team and a company with huge aspirations.”

A Sime Darby spokesperson told iTnews Staltari's background in digital transformation roles made him an ideal fit for the company.

“James brings a wealth of experience in customer-facing digital solutions and growing commerce from a range of industries to this new role and will help Sime Darby Industrial to deliver on its digital strategy to create value across the Industrial business portfolio," the spokesperson said.

Staltari came in on an initial fixed term contract in September to assist in the development of Hastings Deering’s digital strategy before officially joining the team.

He previously worked for Virgin Australia in a similar role as general manager of digital and direct, leading a large team and managing a multi-channel digital capabilities.

Staltari has undertaken many developments and strategic lead roles including over 11 years at Westpac Group in various technology-focused positions.