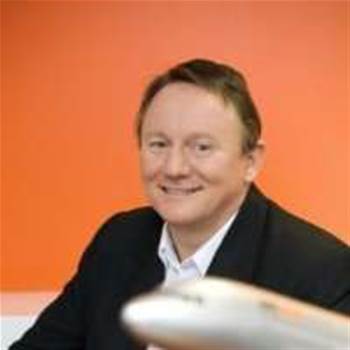 Jetstar’s former long-running chief information officer Stephen Tame has relocated to a new country to take up a similar role as the IT chief for another low-cost carrier.

Tame has been appointed the chief advisor of IT for India’s IndiGo airlines, the country’s largest airline by market share, and the seventh largest LCC globally.

He was engaged by the business to transform its IT capability over the next three years to boost IndiGo’s profile and operations on a global scale.

"My immediate priority is to help build a world class airline business in what is one of the world’s most populous countries with the world’s fastest growing middle class and aviation sectors," Tame told iTnews.

"IndiGo is not complacent, they recognise they need to source ideas, experiences and executives across the world to challenge the market and convention, and to bring world’s best practice into their airline operations, customer experiences, business and IT service capability, scale and agility."

Tame said he had been impressed by IndiGo's organisational structure and the executive team's openness to "challenge and change itself".

"I felt I could contribute and make a difference, deliver some real business value and outcomes. The business and opportunities remind me of the first four to five years of the Jetstar business start-up, focused, dedicated, and impressive leadership team," he said.

"These opportunities do not come up very often and it is worth considering family relocation and the associated challenges."

During his time he led such projects as the shift of Jetstar websites to Hostworks, the introduction of SMS boarding passes at airport gates, in-flight iPads and a staff BYOD scheme, thin client terminals, and the rollout of Google Apps for support staff.

He achieved such projects with very few in-house staff, in an environment shaped by a heavily outsourced IT operation.

He handed over the CIO reins to former Telstra executive Grainne Kearns.

Tame said while he was proud of the "teams, capabilities and businesses" he helped build during his time at Jetstar, the airline was entering the next stage of growth.

"The attention now is on business consolidation," Tame said.

"I was running out of the business challenges I needed," he said. "Jetstar was also developing the new leadership team and style. Most of the original builders of the Jetstar businesses have now moved on and there is a new team in place."