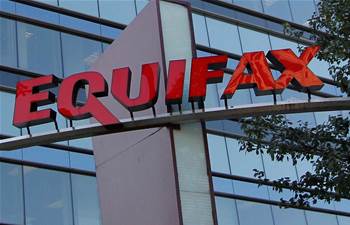 The US government has filed criminal and civil charges against a former Equifax executive over alleged insider trading linked to last year’s massive data breach at the credit reporting company.

It is the first time that the US government has pursued insider trading charges against somebody accused of profiting from information about a cyber attack, said David Axelrod, a former SEC trial attorney who is a partner at law firm Ballard Spahr.

The SEC last month warned companies that executives should not trade on non-public information about breaches.

That guidance and the charges against Ying will likely prompt publicly-held companies to implement new procedures for dealing with trades by employees following a breach, Axelrod said.

He then exercised all vested Equifax stock options and immediately sold the stock, receiving over US$950,000 (A$1.2 million) in proceeds, the SEC said.

Equifax’s interim chief executive said in a statement that Ying left the company after it reviewed Ying’s trading activity and concluded he had violated its trading policies.

Equifax said it reported its findings to the government and is “fully cooperating” with the Department of Justice and the SEC.

The SEC said it determined Ying avoided more than US$117,000 in losses by selling stock before Equifax announced on September 7 that the personal information of nearly 150 million Americans had been compromised. The shares slumped as much as 37 percent after disclosure of the hack.

Equifax had been aware of the breach since July 29, days before some of its senior executives, including its chief financial officer, sold US$1.8 million worth of company shares.

The company said the charges against Ying are unrelated to stock sales by other executives, which led to intense scrutiny from lawmakers who pressed the SEC to launch an insider trading investigation.

In November, Equifax said an internal investigation found that four executives who sold shares before the breach was disclosed were not aware of the incident when they made the trades.

The SEC said it is seeking disgorgement of ill-gotten gains by Ying as well as interest, penalties and injunctive relief.