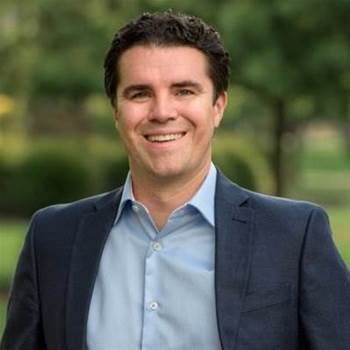 The first-time shadow minister, who was first elected to the seat of Gellibrand in 2013, replaces Labor’s outspoken former cyber security spokesperson Gai Brodtmann.

Brodtmann resigned at last month’s federal election after more than two years as Shadow Assistant Mnister for Cyber Security and Defence. She had been steadfast on issues such as persistent non-compliance by agencies with the government’s mandatory cyber security rules.

Prior to joining Parliament in 2013, Watts spent four years at Telstra working on its NBN strategy, and before that was deputy chief of staff to former Labor senator Stephen Conroy while he was minister for broadband, communications and the digital economy.

“Communications and cyber security are fundamental to our society, economy and democracy and I am excited to be given the opportunity to help shape and articulate Labor’s agenda on these issues,” Watts said in a statement.

“I’m pleased to be able to work on issues that I have long been passionate about & draw in my pre-parliamentary professional experience in these portfolio areas in these roles.

“I look forward to supporting my portfolio Ministers Richard Marles, Kristina Keneally and Michelle Rowland to hold the Morrison Government to account in this area.”

Watts will fall under Michele Rowland, who has been reappointed Shadow Minister for Communications – a role she has held since July 2016.

The close alignment of communications and cyber security is a point of different between the opposition and the government, which has split responsibility for cyber between two ministers.

Other changes to Albanese’s shadow ministry include the appointment of Claire O’Neil to the position of Shadow Minister for Innovation, Technology and the Future of Work.

She replaces former Shadow Minister for Innovation, Industry, Science and Research Kim Carr, who decided against renominate in the shadow ministry.

“So delighted to be given responsibility for Innovation, Technology and the Future of Work in Labor Leader @AlboMP’s frontbench,” she tweeted.

“Can’t wait to get stuck into these issues that will have so much impact on the future shape of Australia’s economy, and the work we do in it.”

O’Neil, who was first elected in 2013 after working for global consulting firm McKinsey & Company, has served as shadow minister for financial services since June 2018.

He replaces former Shadow Minister for Human Services and the Digital Economy Ed Husic, who stepped away from the frontbench to make way for Labor senator Kristina Keneally.

His direct opponent is Minister for Government Services Stuart Robert, who will oversee the government’s rebadged Department of Human Services, Services Australia.