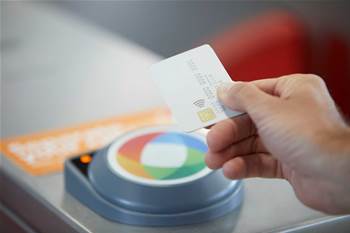 Tens of thousands of commuters have ditched their physical Opal smartcards thanks to the rollout of contactless payments technology across NSW's public transport network.

More than 30 million trips have now been taken using credit or debit card, or linked smart devices, since Transport for NSW first began trialling the Opal alternative on the Manly Ferry in July 2017.

Half of those journeys have occurred in the last three months, as both commuters and tourist take advantage of the same daily, weekly and Sunday fare caps afforded to Opal card users without the hassle.

“The integration of contactless payments into the Opal ticketing system is about choice and convenience, and the ability to pay as you go,” TfNSW said.

TfNSW completed its rollout of the technology to all modes of public transform last September following an “aggressive deployment” to 19,000 Opal card readers across more than 5200 buses.

Sydney’s metropolitan and regional heavy rail network and ferries and the inner west light rail had previously come online between March and November 2018.

It worked with Opal card system operator Cubic Transportation, as well as the Commonwealth Bank, which built the payment gateway, to bring the technology to buses, as well as the wider public transport network.

“This involved visiting each of the 56 bus depots in early houses on the day when contactless transport payments was rolling out to oversee and check the technical installation on each of the 5200 vehicles,” it said.

But as a result, there were no service disruptions to bus operations during deployment.

TfNSW also partnered with Mobeewave and Tigerspike to enhance the Opal Revenue Protection application so that it could be used by compliance officers to check credit and debit cards.

With the arrival of the technology on buses, the contactless transport payments system is now the largest in the world by geographical area, according to TfNSW.

Sydney is also the only Australian city to offer contactless transport payments, though Queensland is also planning to rollout the functionality as part of its next generation transport ticketing system.

The arrival of contactless transport payments technology opens the door to integrated ticketing on the Opal network, which TfNSW has already started leveraging.

It has already launched a new account-based digital ticketing and payments platform, dubbed Opal Connect, to allow customers to keep track of all their public transport payments, whether this is via Opal card or credit or debit cards.

While it can currently be used to help commuters transfer between different modes of public or private transport, and allows customers to earn travel credits when they do, there are grand ambitions for the platform.

This project has been named a finalist in the State Government category of the iTnews Benchmark Awards for 2020.