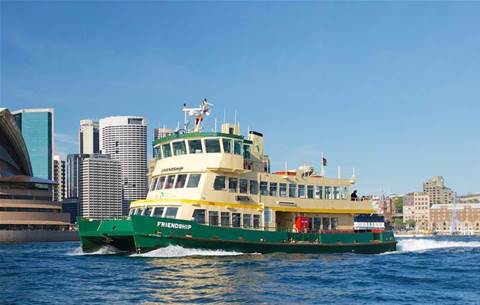 To all ferries, trams.

Transport for NSW has extended contactless payments via credit cards and smartphones to all Sydney ferries and the inner west light rail network.

Transport minister Andrew Constance announced the new contactless-friendly routes this morning as part of an expanded trial of the technology that has been in place on the Manly ferry for the past nine months.

“In July last year we became the first state to accept contactless transport payments, with a trial of the technology on the Manly to Circular Quay ferry,” Constance said.

Customers will now be able to tap on and off using a contactless-enabled American Express, Mastercard or Visa card, as well as smartphones, tablets and smart watches linked to their credit cards.

The trial had originally involved Mastercard customers only.

Only adult fares can currently be purchased using the new contactless payment method. The frequent travel discount and daily or weekly fare caps that Opal card users receive will also not apply.

Constance said the technology was not intended to replace the Opal card, and would instead provide an “extra level convenience for people who don’t have an Opal card, have forgotten to top it up or don’t travel regularly”.

“Opal remains the most economical way for regular travellers to get around on the public transport network, offering transfer discounts and lower fares than a single-trip journey.”