Forget being Human, this is Services Australia 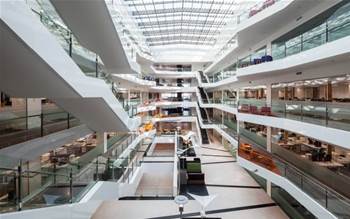 When it comes to politicians fist-thumping to show the public who’s really in charge of the bureaucracy, few things convey raw ministerial power and control better than an old-fashioned agency name change, coupled with a game of musical chairs for the mandarins to keep the ‘cardigans’ guessing.

It’s one thing to get (re)elected; but the imperative for any fresh government is to show the wider electorate that it does not take voters for granted. And that it’s ready, willing and able to learn from past mistakes to improve the lot of the average Australian.

For all the talk of digitisation, transformation and enhanced user experience, the one vital skill politicians and the bureaucracy first need is the ability to persuade and communicate their vision; so forming a positive new lexicon around why tech-based changes will be beneficial is crucial.

This, as Paul Shetler might say, is how it ‘chunks down’. It’s not all pretty, but it does let us know where we’re headed.

When you’ve lost a lot of community confidence thanks to public knife-fights in Cabinet and a rapid turnover of ministers too distracted to deal with nasty spot fires and persistent basket case project implementations, the ‘big reset’ strategy is the go-to way to say you’re back in control.

Forget ad campaigns. To get the attention of as many people in the suburbs and the regions, the heavy hitter is Australia’s massive health and welfare machine.

Nothing else distributes so much online and letterheaded correspondence it basically keeps Australia Post’s snail mail division alive.

So you’ll need to be extra careful about what branding you lose as much as choose. Especially when people equate transformation to job losses or cuts.

Step one is to replace some managerialist buzzwords for something, you know, ‘real’.

They say that to err is human, and let’s face it, parts of Human Services’ tech-enabled ‘customer experience’ have erred quite a lot over the past two governments.

Finding a human at all was often pretty hard, an outcome better known as ‘channel rebalancing’.

So the ‘Human’ had to go, replaced instead with a word that conveys unity, authority and purpose: in this case the name is to become Services Australia, a brand that will soon be appearing on letters, websites, office walls, Powerpoint decks and conference water bottles.

As one senior bureaucrat pointed out, using ‘Human’ wasn’t that great a choice from the get go because it implies the government is judging you.

How good is Australia!

Low on street cred? Steal from the states (and pray it works)

Many people lived through Turnbull’s ‘most exciting time’ yet still find themselves wondering why almost every other online or electronic experience seems faster, easier and more intuitive than dealing with Human, sorry, Services Australia.

These cynics will not be convinced by another reform or triage program. They certainly won’t have their spirits lifted by fixes like more outsourcing or an army of contractors from ‘service’ arbitragers like detention operator Serco manning customer support lines.

As now NSW Premier Gladys Berejiklian (patron saint of change whispering and public pain management) discovered early on, success can be borrowed at wholesale prices – especially if you’re prepared to listen, get across the detail and be prepared to adapt fast by junking things that don’t work.

Berejiklian’s first big tech success was the Opal Card in Transport, a project that should have happened at least five years before she became transport minister.

Having watched change resistant administrators in what was then Railcorp help destroy the previous Tcard project (alongside ASX-listed supplier ERG and public faith in the project execution capability of the previous government) Berejiklian literally bought in for Transport London’s transactions and payments model.

Ditto now Treasurer Dominic Perrottet and Customer Service minister Victor Dominello, who openly raided banks not only for digital and reformist talent but stole their infrastructure, vendor negotiation and procurement playbooks at the same time.

More cherry pickers than Young at harvest time, as they say.

The creation of Service NSW from the outset eschewed big bang projects in favour of fast, incremental but brutally simple and conspicuous wins to regain public trust.

Multiple agency transactions at shopfronts. Real estate that was actually convenient as opposed to lowest cost. Staffing-up at peak times. And, vitally, actually listening to customers and pragmatically managing expectations.

The radical customer service epiphany was giving people the choice to have Service NSW staff actually call them back at a time that was convenient.

At the same time, there was a relentless pursuit in first simplifying online touch points and making transactions work first time round, especially on the straight through processing (STP) side of things.

So did coffers swollen by big ticket asset recycling and a property boom, which comfortably fuelled massive new infrastructure investment and renewal. There’s nothing like an upgraded network, rail, road or radio, to show you care.

Positive public sentiment soared quickly, having come off a record low base. Political capital went from famine to feast.

This, above all else, is the success and mojo transplant Morrison wants to replicate quickly. Some of it can, and needs to work. A lot though, will be substantially harder for a number of important and essentially structural reasons.

The two most fundamental challenges Services Australia will face near term are the brevity and uncertainty of federal political cycles and access to talent.

Like many journeyed ministers, a good swag of experienced public servants have cashed their redundancy cheques this time around.

For the past two decades, the quest for architectural reform of the federal technology estate to enable major public facing reforms has been held hostage to the expediency and uncertainty of the electoral cycle.

This has led to essential infrastructure renewal often being jettisoned as a short term liability rather than a long term gain.

The mother of all silos

When Human Services was formed by John Howard, the goal was to streamline the welfare system by collapsing statutory agency fiefdoms into a single, centrally coordinated entity that worked together.

The tech silos of those fiefdoms were also meant to eventually collapse into a single, consistent and flexible platform.

Somewhere between the myopic Gershon Review (whole of government IT reform sans cloud or mobile) and the skillfully ignored McLure Report (simplification of the welfare system and its hairball of business rules) ministerial capacity to understand fundamental tech architecture evaporated.

Thus, when DTO and later DTA was formed, their urgent impetus for reform came across to the wider public service as condescending and, well, a bit wanky. Conversely DHS came off as protective, obstructionist and ossified.

Layered on top of this impasse was Tony Abbott’s preoccupation with hacking away at public service headcount and using systemic inefficiencies as a punitive discouragement to welfare access.

This has been personified by the customer service aberration known as Robodebt that even the ATO refused to have its brand or data custodian credentials associated with.

Now, for better or for worse, the DTA will be cast from the gilded cage of Prime Minister and Cabinet into the public service equivalent of what state justice bureaucrats refer to as ‘GenPop’ or general population.

It’s agile-loving staff will transition from (in theory at least) one of the most horizontal, flexible and openly creative cultures in the APS to a massive, heavily hierarchical and overtly industrialised workplace weathered ministerial instability.

Then there's the cheap fodder for tabloids and talkback and quick fixes on-air when the open line kicks in. It's an art in and of itself.

The brutal reality of the Morrison rebrand is it will be a rather awkwardly blended family that needs to show it can work together as well as for the people.

The real question is whether Morrison and Services Australia’s minister Stuart Robert are prepared to follow NSW in sponsoring in external talent, especially at the middle and upper ranks, to make things happen.

Time, and there is not a lot of it, will tell.