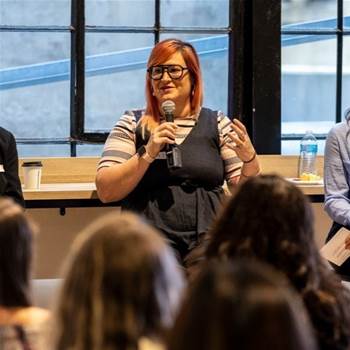 Podcast: After lift-and-shift into the cloud.

Flybuys is modernising one of its most core operational systems, deconstructing its CRM, rewards and partner management monolith into a set of smaller cloud-hosted pieces.

In this week’s episode of the iTnews Podcast, Flybuys (Loyalty Pacific) Head of Digital Katie James provides a status update on Flybuys’ digital transformation, including its cloud migration and future application modernisation efforts.

She also outlines how Flybuys intends to digitally evolve its services, by forging closer data ties with its retail partners, and by increasingly surfacing loyalty and rewards data directly in the apps of retailers, in addition to Flybuys own properties.

Flybuys completed a large-scale migration of its application estate into the cloud - predominately AWS - at the end of 2020.

This was effectively phase one of the company’s digital transformation, necessitated by its separation from Coles Group. Coles owns half of Flybuys, with the other half owned by Wesfarmers.

As James puts it, “25 years of Flybuys that existed within the Coles ecosystem, and a lot of on-premises solutions specific to that environment”, were mostly lifted-and-shifted into AWS.

“That said, just moving your technology to the cloud doesn't necessarily mean that you're benefiting from all the modernisation and capability that it offers you,” she said.

That has logically led into a modernisation of applications and workloads.

Some platforms, such as for data warehousing, have been completely rebuilt. This is now run in Snowflake on AWS.

The modernisation path is more intensive for other applications, particularly the Flybuys Member Service or FMS, which is how Flybuys handles marketing/CRM, rewards and partner management.

“To get [FMS] into the cloud was already quite a milestone in itself, because you're taking legacy technology and getting it into a very, very modern environment,” James said.

“But what needs to happen next, is to really transform that to get the benefit, because we might be on AWS, but we're still just using COBOL based batch jobs to get certain things done.”

FMS’ future-state architecture is still largely yet to be decided, but it will involve, “ as a starting point … separating that into its independent ecosystems [of CRM/marketing, rewards and partner management], just to minimise and simplify the size of each of these ecosystems.”

“In each of those pieces of work, what's happening currently is the analysis around, do we build something custom again or do we buy something off the shelf, or do we do a bit of both?

“But the starting point is to take what it does today, break it down into three or four core areas, and then start to unpick in those core areas what the better combinations of technologies are to deliver those services in a modern way.”

James said the modernisation of FMS is emblematic of where Flybuys is at with its digital transformation.

“There's a heck of a lot of work just to get yourself into a position to benefit from modern technology, and then depending on the state of your legacy architecture or the work that you need to do within that space, there’s another significant amount of steps to then work out the opportunity for the business from modernising or automating elements of these processes,” she said.

“We're in that stage of the journey, which is now that we've got these things here, which ones of them are fine and we're just going to contain them as they are, and which ones of them really lend themselves towards a complete modernisation to really capitalise on the benefit of that change?”

Within digital itself, people sit in one of six squads, focused on: marketing technology; platform teams for web and content, and mobile; feature delivery for member acquisition and member engagement; and user experience (UX).

The squads themselves are fairly lean, and act as enablers for any part of Flybuys that has a challenge that it is determined is best solved by digital technology means.

James describes two key directions that Flybuys is moving in digitally that will benefit its retail partners, as well as the customers they serve that have also signed up with Flybuys.

Over the past year, Flybuys has worked to stand up a new data sharing platform based on Snowflake technology.

For Flybuys and its partners, the move is a departure from traditional data collection and analysis, which was all done in a large on-premises data warehouse.

“What we've actually done now with our shareholder group, so that includes the Wesfarmers brands like Kmart, Target, Bunnings and Officeworks, and the Coles Group brands so the liquor brands and supermarkets, is we're creating independent data sharing platforms for each of those relationships,” James said.

The aim is to provide a greater degree of personalisation for customers in the Flybuys ecosystem, but also “greater enrichment of their shopping experience through an understanding of their behaviour across more parts of their, say, weekly shop,” James said.

James added that Flybuys would offer this functionality to its retail partners in a “technology agnostic” manner.

If they wanted to use a platform other than Snowflake, or a cloud other than AWS, Flybuys would support their technology choice.

“We're connecting a number of different pieces together to create more vendor-agnostic solutions that benefit the people who integrate with us, rather than dictating the terms of how they play ball with us,” she said.

The second digital experience under development is shopper-focused and aims to integrate Flybuys data into the channel the shopper is using, rather than needing to go to a Flybuys website or app.

“When you think about how you engage with a loyalty program, across the journey that's involved in everything from receiving an offer to going into a store, purchasing a product and collecting those points, there's actually a number of handover points between us and the partner that's involved in each of those exchanges. We manage one stage of that journey, and the partner manages the other side,” James said.

“What we're really pushing towards is further integrating those experiences to actually have your loyalty experiences embedded into the day-to-day of what you do with those partners.

“In the context of a loyalty program, you shouldn't need to come to Flybuys specifically to find out everything about Flybuys.

“So really, where our focus is, is how do we get all of the richness that Flybuys offers today within its own digital channels, and make it available in all of our core partner channels and really amplify that experience to make the core loyalty offering everywhere that you interact with our brands.”