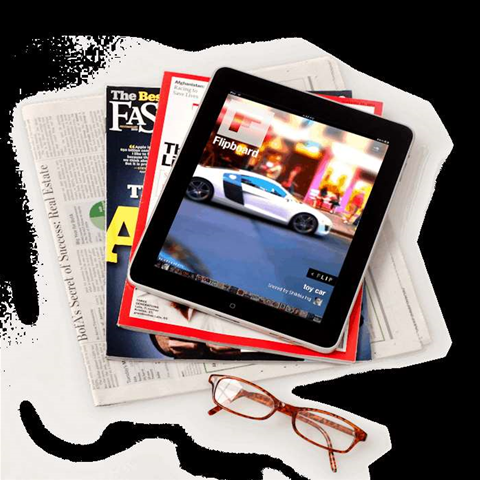 So popular it crashes.

Flipboard, a free social media tool that reconfigures social network sites such as Facebook and Twitter into a magazine format, has been such a hit with the world's three million iPad users, few are able to use it.

The object of the tool, according to Flipboard chief executive Mike McCue, is to bring the "timeless principles of print" to the iPad to "make social media less noisy, more visually compelling and ultimately more mainstream."

The tool has been financially backed by some of social media's biggest names, including Twitter heavyweight Ashton Kutcher, Twitter co-founder Jack Dorsey and Facebook co-founder Dustin Moskovitz amongst others.

Reviewers have generally gushed at the concept of the app, but over the last 24 hours Flipboard's systems have been unable to cope with initial customer demand.

Today at midday, customers were still unable to sign in to their Twitter and Facebook accounts to enable the application to pull feeds from their social networks into its 'magazine-like' format.

A message appears upon attempting to sign-in informing users that Flipboard is "over capacity" and that they should attempt to sign in at a latter date.

"What it does is lets you flip through all of the content being shared with acrsss all of the social networks," he said.

"When you use social media you have to go to lots of different websites to check in and see what's going on... Typically with the user-interface, you're scrolling through these long lists," he said.

"It's not good for discovering content. We wanted to use the rules of print media in terms of lay out and editorial and bring those to social media to create more of a magazine-like format for browsing your social content."

McClue criticised current Twitter interfaces, such as Seismic and Tweetdeck for failing to weight content according to its importance and for leaving images entirely absent. Flipboard, by contrast, allows users to customise sections of content along different themes, and scrapes relevant content to the page.