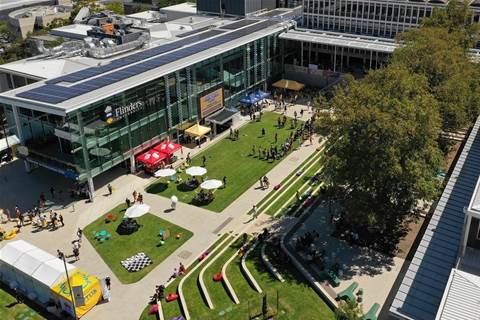 After eight years at the uni.

Flinders University's deputy CIO Nicole Fishers has finished up after eight years at the institution.

In a post on LinkedIn, Fishers announced this week was her final as associate director of digital business services and deputy CIO.

“It's been an amazing eight years and I leave feeling like I've at least played some part in improving education and research outcomes,” she wrote.

“However, like most things it is the committed and passionate people that have made it a wonderful place to work. I'm looking forward to my new challenges and a few weeks of downtime.”

Fishers joined the university in 2013 as an associate director of applications before becoming acting director of IT services and later deputy CIO.

Her exit follows the departure of Flinders University CIO Kerrie Campbell who left the university in November.

As iTnews previously reported, associate CIO Luke Havelberg is now interim CIO and Flinders University will commence a national and international search for a permanent replacement in March or April next year.

Over recent years the university has undergone significant changes to its IT infrastructure, such as the replacement of ageing Oracle data warehouses and a six-year-old customer relationship management system with a Microsoft cloud platform.