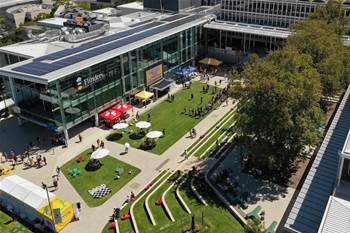 Kerrie Campbell to move on from November.

Flinders University's chief information officer Kerrie Campbell is set to leave in November after three years in the role.

Campbell announced her departure in a post on LinkedIn, thanking her colleagues in the Flinders Information and Digital Services (IDS) team.

“I want to say that I have absolutely loved my time at Flinders and working there has allowed me to achieve amazing things with my fantastic IDS division,” she wrote.

“I have loved the bravery of my team and thank every single one of them for having the courage to come with me on this amazing journey.”

Campbell joined the university as technology chief in September 2017, coming from the University of Adelaide where she had been CIO for nine months, and deputy CIO for the three years before that.

During her time at Flinders, the university has undergone significant changes to its IT infrastructure, such as the replacement of ageing Oracle data warehouses and a six-year-old customer relationship management system with a Microsoft cloud platform to cut the turnaround on data analytics from 12 months to real-time.

Mark Gregory, vice-president of corporate services at Flinders, told iTnews that he wishes Campbell the best and that the university supports her in the next stage of her career.

He said associate CIO Luke Havelberg will step into the role of tech chief in the interim, before heading to market in March or April next year as part of a national and international search for a permanent replacement.

"I like to let interim placements run a bit longer, let them stretch their legs and see what impact they can have on the organisation," Gregory said.

"I also don't think it's a great time to be heading to market [for a permanent CIO] right now with everything that's going on."

He added that while the university has recently invested in technology initiatives, especially to support staff and students during the COVID-19 pandemic, the institution is likely to have a 'leaner' project load going forward as the higher education sector as a whole grapples with the significant reduction in income from travel bans affecting the international student market.