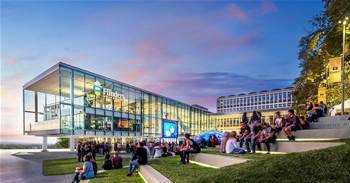 Before embarking on its 2025 Agenda, Flinders University CIO Kerrie Campbell used to tell the uni’s business units that yes, they could have the information they wanted, it’d just take 12 months to process.

The hold-up was the result of data being held in on-premises Oracle data warehouses coupled with ageing systems — including a six-year-old customer relationship management (CRM) system that was built in-house — Campbell told iTnews.

So when the university settled on its agenda to become an internationally recognised institution for its research, teaching and engagement by 2025, the IT overhaul was given the go-ahead.

The first step in the three-cloud transformation was moving students and staff onto Office 365, Campbell said.

“And then the second component of that was going to Dynamics 365 and putting that into our CRM and our student services.

“We’ve found that this is more valuable to other parts organisation that are really looking to rationalise that CRM and use it more effectively right across the organisation.”

The third and final leg of the journey has been shifting to Microsoft Azure for the university’s new data ecosystem, she said, including Power BI and a dedicated BI team delivery insights in near-real time as opposed to waiting a year.

Together, the three clouds are enabling faster onboarding of students and more targeted marketing campaigns — key components of the 2025 Agenda — as well as significantly faster project delivery for the IT team thanks to a corresponding shift in strategy.

“We moved from a very waterfall environment there were about 12 projects a year to a high-paced agile environment last year with 62 projects, which if you think about it is almost a closed project per week, which is a really high output.”

Project timelines have also been sped up thanks to a decision to buy instead of build, which Campbell said was a more sustainable option moving forward that enabled IT staff to focus on value-add work that contributes to the Agenda, rather than continually fixing and maintaining a house-built system as had been the case with the old CRM.

One of the value-add tools that’s since been rolled out has been Teams, which had initially started off with an academic inquiring about the app as a collaboration platform.

“We ended up rolling it out in a soft roll out and not pressuring everyone to use it. Now we've got Teams embedded right through the organisation,” Campbell said.

The soft rollout has inspired a major HR project, the first in a push to become paperless, and reduced the number of emails Campbell receives by around 70 percent.

Another driving factor behind the decision to move to the cloud has been the security aspect.

Campbell said that, while there haven’t been any known breaches at this point in time, current concerns in the Australian tertiary sector driven by successful breaches at the Australian National University and Australian Catholic University, and the theft of laptops containing 30 years of student data at the University of Western Australia served as a good reminder to the sector to remain vigilant.

Flinders’ new cyber warfare institute, the Jeff Bleich Centre for the US Alliance In Digital Technology, Security, and Governance has put pressure on the university to ensure its own practices are pass the muster.

“That's really put us up as DEFCON 1 here now.

“We are looking to utilise that value that's in Microsoft to harden our services, to keep that openness but also to maintain that control,” she added.