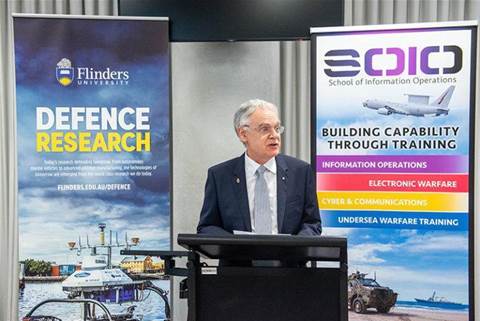 A new partnership between the Australia Defence Force and Flinders University will result in the development of a new $5 million electronic warfare (EW) institute at the university.

The five-year initiative involves building South Australia’s expertise in the protection and management of the use of the electromagnetic spectrum, including radar, electro-optic and communications systems for defensive and offensive purposes.

One of the first steps in setting up a chair of EW at the university. A memorandum of understanding has also been signed between the Flinders, the Defence Science and Technology Group, the Joint Capabilities Group and industry group DEWC to build an EW workforce through research, education and training.

Part of that workforce is expected to come through new undergraduate and postgraduate courses in electromagnetic systems and security currently being developed for the first semester of next year.

“The establishment of an EW Chair at Flinders University will leverage our research expertise, contribute to strengthening Australia’s sovereign defence capability and is a further example of our approach to building a skilled workforce to meet the current and emerging needs of the defence sector,” Flinders vice-chancellor, professor Colin Stirling, said in a statement.

DEWC chief executive Glenn Murray added that, “the partnership will utilise DEWC’s School of Information Operations EW expertise to support the building and delivery of education and training.”

The announcement of the new EW centre comes as miltech and electronics systems stalwarts like Codan made the cut of Australia's local NASDAQ, the new S&P ASX All Tech index.

It also follows in the wake of Flinders’ cyber warfare centre established mid-last year to “defend democracy” by taking a multidisciplinary approach to security concerns facing US and Australian governments and industry.