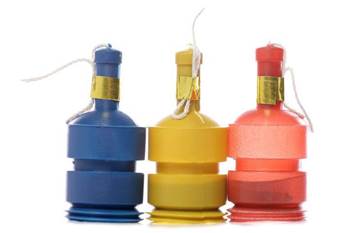 Can't find the sheet? We've neatly put it all together.

Market capitalisations taken at approx 11am, 25 February 2019. This list will change.

Never far from the headlines, Australia's favourite buy-now, pay later player is classed as software and services company. Think of it as lay-by-as-a-service.

Founded in Adelaide in 2000, Australia's home-grown health informatics provider has steadily grown to win major accounts in Australia and  the UK. Classed as health care equipment and services company.

Arguably the mother of motherboard and PCB design software and still kicking strong since 1985 as it expands into systems design. US headquartered, Australian listed, and classed as software and services.

It's a data driven world, and Appen has carved a solid niche providing and refining the data for training machine learning and artificial intelligence including using crowdsourcing at scale. Classed as software and services.

Founded in 2010, Atomos is a converged hardware and software play targeting "the rapid ‘democratisation’ and expansion of high-quality and accessible video content creation. Put more simply it's digital video editing kit on the fly for users big and small. Intriguingly classed as 'consumer durables and apparel'.

Founded by ex-Motorola Research Labs staff at a loose end in 2003 in Sydney Audinate dates back to the MIDI era. Its products (Dante) shift digital sound at serious scale (think broadcast, recording industry, stadium rock and big venues). Then company calls its market 'AV-IT convergence' or audio over IP networking, delivered by ethernet cable. Classed as 'technology hardware and equipment'

Sydney founded in 2011 but now headquartered in Boston MA,  the curiously named sales automation and enablement software provider sells itself as taking the pain out of buying and selling processes with AI and solid collaborative design. Classed as software and services.

Australia's plucky home grown wealth and funds management software platform has seen many highs and lows, but has ultimately survived thanks to its enviable client book. Founded in 2004 the company has swooped on plenty of acquisitions to bulk up. Classed as software and services.

Holden might be departing Australian car lots, but in the age of online shopping, there's always room for a proficient platform with plenty of optional extras for selling new and second hand cars. Classed as media and entertainment.

Wearable technology is no fashion fad for professional athletes, who use Catapult's kit to track and optimise performance. The company was originally formed in 2006 as a partnership between the Australian Institute of Sport (AIS) and the Cooperative Research Centres (CRC) to maximise the performance of Australian athletes ahead of the Sydney Olympics. Classed as technology hardware and equipment.

Class bills itself as a cloud based software provider for delivering administration automation and solutions for the Australian self managed superannuation fund market, claiming around 28 percent of SMSFs are administered using its software. Classed (no pun intended) as software and services.

Describing itself as a "one of Melbourne’s first start-up technology companies" founded in 1978 with roots in the suburbs, Computershare is now a global online share registry colossus managing over 75 million customer records. Spawned of a bureau service, Australia's original fintech, the company listed on the ASX in 1994 with a market cap of $36 million.

There's money in maintenance and Brisbane based Data#3 has been making hay out of Microsoft licensing (amongst others), outsourcing, solutions and reselling since listing back in 1997. The company now has 12 facilities across Australia and Fiji. Classed as software and services.

Former media giant Fairfax might have squandered online opportunities for employment and cars, but its property marketing spin out Domain has hammered it to become a fully fledged proptech play in Australia's favourite asset class: bricks and mortar. Classed as media and entertainment.

When you hear the term 'this call is being recorded' think Dubber, the company that has pushed call recording to the cloud and mashed it with AI, speech recognition and sentiment data that sits on top of the likes of Cisco among others. Classed as software and services.

Payroll, core HR, rostering and time and attendance once used to be discrete applications, but ELMO has ridden the cloud-based wave to provide a roll-up suite that now stretches into staff performance, recruitment, retention and training. One of the few natural beneficiaries from ongoing payroll scandals as businesses upgrade. Classed as software and services.

Prepaid debit cards might still be a niche compared to mainstream bank-issued instruments, but as payments go to glass, there's a wide world of payment opportunities from gambling to salary packaging that EML is keen to clip the ticket on by partnering with Mastercard and Visa. Classed as software and services.

Talking about insurance software might not be a barbeque stopper, but getting those systems right across the US, Australia and New Zealand is no accident and has put FINEOS on the stage as a world leading best of breed platform. Classed as software and services.

Billing systems can be a life or death experience for the companies that rely on them and Hansen has been in that business since 1971, founded by Ken Hansen and later listing in 2000. The company provides software across the telco, utilities and water and pay television sectors, with Andrew Hansen at the helm as CEO since 1993. These days the company prefers the term 'customer experience'  to billing. Classed as software and services.

Car parts and servicing software is a globally repeatable business and Infomedia makes the electronic catalogues and applications car makers rely on to keep the dollars rolling in. These days the business is a full SaaS shop with analytics and performance smarts factory fitted. Classed as software and services.

A long time favourite on the floors of of fundies, wealth managers and other financial market participants, Iress makes the software that shifts shares and other instruments roping in market data and analytics for the ride. The company was born out of the ASX moving from chalkies to electronic ordering in 1997. Classed as software and services.

Cut price consumer gadget and own-brand-tech bucket shop Kogan figured out ten years ago that the only thing worse than controversy was not being in the headlines. That said, the eponymous entity has carved out a piece of the consumer tech space, swooping on once famed brands like Dick Smith Electronics that was short circuited by Woolworths. Classed retailing / consumer discretionary.

If Facebook creeps you out but you like the idea of tracking your kids, getting accident alerts and chatting within a closed family ecosystem, Life360 is ready to monetise your dread of uncertainty. Headquartered in San Fran, the company claims an active user base of 24.7 million. Classed as software and services.

Australia's superannuation sector is huge, so it's no surprise its administration software of record has returned commensurate growth, not just in Australia but abroad. Don't be surprised if your fund has a stake. Classed as software and services.

Somewhere along road between looking for a leave form and the head of that business unit moved so many times you forgot its name let alone who is in charge now, a bright spark figured out it might be cool to actually integrate workplace apps with a company intranet. That'd be LiveTiles which sports features like an org chart builder. Classed as software and services.

Megaport provides the plumbing architecture (it's really software) that lifts and shifts cloud, and its ground floor investors have been rewarded with price growth of circa $2.50 around launch in 2016 to +$11 in early 2020. Should probably been called Piping Hot if the name wasn't already taken. Classed as software and services.

When you blend top quality aerial photography, 3D smarts and AI you get Nearmap, the geospatial imagery company that can tell you what sprinklers aren't working on top of Parliament House, or who's running an illegal dump site. You get the picture. Classed as software and services.

Kicking around since 2004, Netlinkz current proposition for customers is something called a "Virtual Invisible Network" can be used on existing networks or the internet. "The LAN fabric is extremely adaptive and fluid, it can be stretched to any “shape” and can achieve the same efficiencies and benefits as a traditional localised LAN typically found in a home or office." Classed as software and services.

Real estate booms in Australia come in many shapes and sizes that includes data centres. Locally listed NEXTDC has sheds that easily cut it with  global giants and its sheet shows it. And because cloud is now everything to everyone anywhere, it's classed a software and services company.

There's something introspective about the ASX that recognises anyone making inroads in investment administration technology, and that includes Praemium.  The company now claims 1000 financial institutions and 500,000 investors use its account management platform. Classed as software and services.

Medical and clinical imagery needs a home, and Promedicus provides a smart walls and a roof in the form of software that links diagnostics to medical accounting, "clinical reporting, appointments/scheduling and marketing/ management information applications". All with a thin client. Classed as healthcare equipment and services.

Flippin' heck. When you nail digital marketing in the Australian property market, it seems the world is your oyster as REA stakes out proptech claims on the European, Asian and US markets... and all run out of Melbourne. Classed as media and entertainment.

T shirts, stickers, phone cases, pillows...you name it and Redbubble finds a way to print it onto almost anything. Even if the Hells Angels have had the occasional IP issue with design provenance. Founded 2006. Classed as retailing.

Clinical grade noise signatures captured via smartphones are a real diagnostic tool investors like the sound of and are prepared to cough up for.  Don't mention the virus ... Classed as healthcare and equipment services.

This company describes itself as "licensing, business development and knowledge services that support services providers, system integrators and software vendors" all for the cloud. Classed as software and services.

The government and enterprise software powerhouse that went to the cloud early and has never looked back. Prices might fluctuate but the company has rarely missed a beat thanks to conservative guidance from local industry stalwart Adrian DiMarco, famous for making state premiers reflect on their purchasers of SAP. What's not to like about Fortitude Valley? Classed as software and services.

Citadel bills itself as a "specialist in secure enterprise information management in complex environments". Essentially that means locking down real time information for health, national security and defence. Classed as software and services.

Digital health solutions for personalised, high-quality breast cancer screening based on objective measurements of breast density, compression and radiation dose is how Volpara describes itself. Classed as Health Care Equipment and Services.

Founded in 1997, Webjet has ridden the highs and lows of online travel and arguably wrote the early online disruption textbook and still takes it to Google. Plenty of miles on the clock but easily passes airworthy certificate.   Classed as retailing.

Global cargo software would be almost boring without Richard White, the previously mullet-sporting industry stalwart that steered Canberra around one of its better Websphere icebergs. It's also logical that an imports exports software tragic would figure out how to sell his code to the world. Why does it work? Think Amazon and FedEx.

Steve Vamos used to run Microsoft Australia but these days he's mowing their lawn with a smile and a digital invoice, all tightly integrated with Xero that actually works with the Tax Office to make life easier. One f Australia's better products.