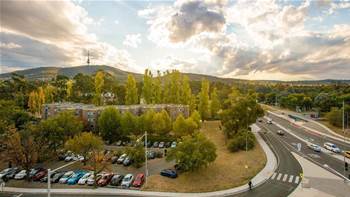 The Australian National University (ANU) has suffered a massive data breach with about 19 years of data accessed by an unknown attacker.

It’s the second major attack against the ANU, which was also hit in mid-July last year. The university at the time blamed an advanced persistent threat (APT) but said the "significant" damage from that incident had been contained.

Vice-chancellor Brian Schmidt said today that a “sophisticated operator” had accessed ANU’s systems again in late 2018 but that this latest breach was not discovered until May 17 this year.

“For the past two weeks, our staff have been working tirelessly to further strengthen our systems against secondary or opportunistic attacks,” Schmidt said in a statement.

“We believe there was unauthorised access to significant amounts of personal staff, student and visitor data extending back 19 years.

“Depending on the information you have provided to the University, this may include names, addresses, dates of birth, phone numbers, personal email addresses and emergency contact details, tax file numbers, payroll information, bank account details, and passport details. Student academic records were also accessed.”

ANU said it also had no evidence that research work had been compromised. It also later said via Twitter that its teaching and learning platforms were not impacted.

The university said it is working with “Australian government security agencies and industry security partners to investigate further.”

ANU was quick not to lay blame for the latest attack.

“Attribution is difficult, and we are not able to attribute this attack,” it said.

“This data breach has been referred to the appropriate agencies.

“The core issue for us is the safety of our community and protecting the integrity of our data.”

ANU’s CISO Suthagar Seevaratnam published detailed advice for anyone affected by the breach.

Schmidt said that security systems put in place as a result of the first APT-led attack had allowed the university to detect the latest one, albeit with the delay.

“Had it not been for those upgrades, we would not have detected this incident,” he said.

ANU has set up a direct helpline at 1800 275 268 for anyone seeking more information or with particular personal concerns.