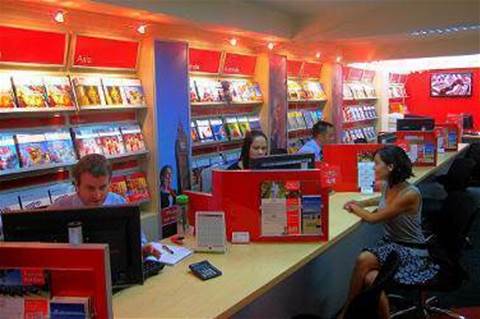 Sabre system part of suite of initiatives that fails to deliver.

The travel retailer blamed “subdued trading conditions” for its profit woes, which it said was reflected in low margins and “soft total transaction value growth”.

As a result, the company predicted underlying profit before tax for the year to June 30 would fall in the range of $335 million to $360 million, instead of $390 million to $420 million.

Flight Centre said the past two years had involved “significant change and disruption” within the business, which included a review of its shop network and the implementation of a new sales system, Sabre’s global distribution system (GDS).

The Sabre deal, announced in March last year, sees Flight Centre use GDS “as one of its key platforms to shop, book and manage travel content from among 400 airlines, 900,000 hotel options, 40 car rental brands and 22 river and cruise lines.”

But Flight Centre said today that “the benefits that are expected to flow” from turnaround initiatives like the use of GDS “are not yet being realised”, despite use of the tool being “embedded” in the company’s workflows.

At the same time, Flight Centre warned that its second half costs would be higher than the first half. It produced a range of reasons for this, but they include “increased global technology expenses” and “additional transformation costs”.

“Short-term results will be below our initial expectations and there is further work to be done, but there are also some promising signs for the future,” he said.

The profit downgrade came on the same day as it was revealed that Flight Centre would face federal court action over the alleged underpayment of employees.