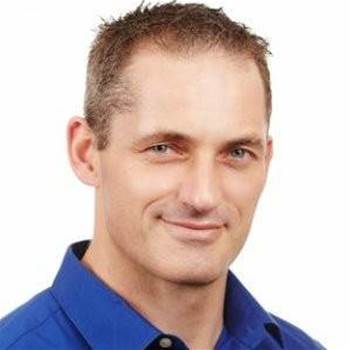 Bell, who joined the company as its CIO in late 2015 after 30 years as a consultant with Deloitte’s Australian, New Zealand, Canadian and Southeast Asian operations, is stepping back from full-time work, Fletcher said.

The seasoned veteran was brought onboard to rationalise and overhaul the Fletcher Building’s core systems, which also span into the distribution and retail sectors as well as traditional infrastructure and construction plays.

Anthony will join the company at the end of this month after a five-year stint at Google, where he’s been a director of the gTech Flights division in Boston - which delivers enterprise applications for airlines and travel agencies - and his recent return to Auckland to direct engineering projects.

Anthony has previously been a product engineering lead with Accenture in Austin, Texas, as well as senior director of global IT at Washington DC-based firm Living Social. He also has prior leadership experience at Westpac and BearingPoint consultancy.

Fletcher Building chief executive Ross Taylor said in a release to the market that the company is excited to welcome Anthony as the company pivots towards technology solutions that will enhance its customer service capabilities.

“Dan has been based overseas for the last 18 years where he has gained extensive experience leading large-scale technology teams in Australia and the United States,” Taylor said.

“During his time at Accenture and more recently Google, he has developed a balance of experience across operational delivery and customer-focused innovation.”

Fletcher Building employs over 5000 people in Australia, and runs more than 225 retail sites around the country. It operates brands including Laminex Australia, Fletcher Insulation, and plumbing supplies retailer Tradelink.