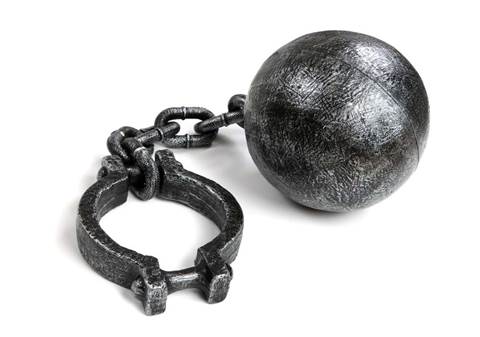 Are you paying premium prices for commodity software?

The software industry, with its high stakes and low barriers to market entry, is particularly vulnerable to "lock-in" tactics on the part of vendors.

At many levels of the enterprise stack such as the database or app server, there has been arguably little innovation for some years, and yet software vendors still manage to find excuses to bill customers for such technologies as though they were at the cutting edge.

Linus Lai, associate director of research and consulting at IDC, believed it was only natural that an innovator attempted to squeeze the most profits they can out of any competitive advantage for as long as possible.

"It is in the nature for vendors to want to lock in their customers and make it as difficult as possible for them to move elsewhere," he said.

"The barriers to market entry for software [are] very low - anyone can develop software and cheaply. So whether it be Oracle or Microsoft spending hundreds of millions of dollars every year on advertising, or some lock-in around licensing, there is a strong incentive to create barriers in the market. You have to make sure the customer will resist from switching for as long as possible."

But he warned vendors that they can only hold onto competitive advantage "for a time."

"Technologies tend to become more open as the competition catches up," he said. "Users will demand interoperability and less lock-in."

Technology buyers have to look at every purchase in terms of this trade off. Is the software you are set to invest in an innovation or a well-marketed commodity?

Over the coming pages we examine five lock-in traps to help you avoid becoming a victim of vendor marketing.

5. AVOID EXTENSIONS THAT ARE VENDOR-SPECIFIC

Inevitably when purchasing enterprise software, customers are attracted to the core functionality of the product but are often tempted to invest further into the stack by purchasing extensions - other modules that offer more specific functionality or a vertical application of the built-in smarts.

These extensions, however, tend to deviate from agreed industry-wide standards - making it far more difficult for users to swap in and out any given component of the stack - both from a technology and licensing perspective.

Lai believed it stood to reason that any data stored in application extensions be "migratable."

"Any proprietary extensions need to be of a nature that you can still export the data, even if only as a CSV or text file," he said.

Jason Leonidas, vice president of sales and services at open source software vendor Ingres, said that nearly all the major software vendors offered additional functionality in extensions that were vendor-specific.

"Oracle, for example, has some SQL extensions that are not standard," he said. "The problem for users is that you can rarely demarcate where you move from a standard piece of functionality into a non-standard extension."

Leonidas said that the Eclipse Foundation was now working on a system in the Eclipse development tool to warn developers whilst they are coding whenever they deviate into non-standard processes.

Lai said he also expected the proprietary extension issue to be resolved somewhat by the development of software as a service (SaaS) business models.

"The question being asked of these new players is: how can I export my data if I want to end this agreement? So in order to attract customers, most SaaS now offer the ability to export a text or CSV file of your data, with the basic database format intact."