First 3D printer in space goes to work for NASA 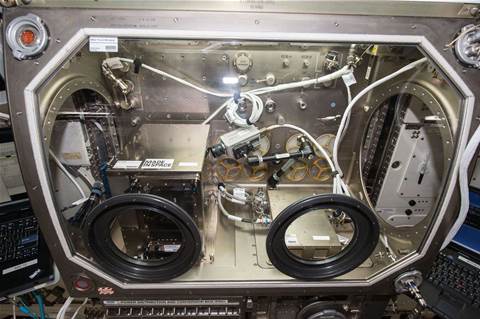 A specially designed 3D printer has produced its first piece of hardware on the International Space Station, moving NASA further towards a future where blueprints for spare parts are beamed from Earth rather that transported by rocket.

The first 3D printer in space was delivered to the ISS in September, and astronauts installed it into their ‘Microgravity Science Glovebox’ on 17 November. As of November 24 GMT, the new gadget had already created its first product - a new part of the printer itself. 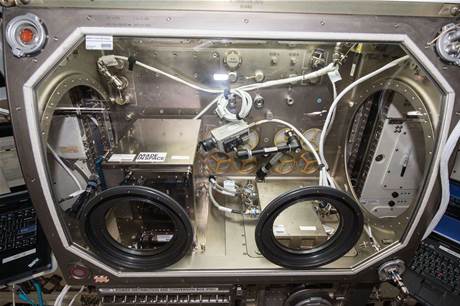 The printer installed on ISS (Source: Made In Space)

Built by space printing firm Made In Space, the 3D printer is being trialled by NASA’s Marshall Space Flight Centre under their small business innovation program.

The successful first print has given NASA and its astronauts hope that 3D printing may lead to a future of easier and more efficient space research, where spare parts and new hardware no longer has to be shuttled between base and the station orbiting roughly 431 km above earth. 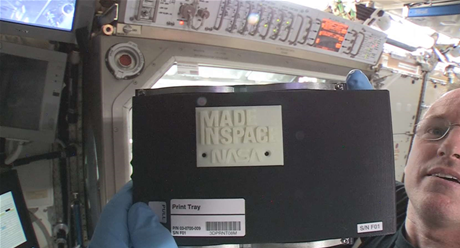 The first product - a printhead faceplate (Source: Made In Space)

Chief strategy officer for Made In Space, Mike Chen, pointed out that “for the first time, its no longer true that rockets are the only way to send hardware to space”.

His colleague Mike Snyder thinks 3D printing could open the way for longer space missions that are less reliant on Earth.

“The results of this experiment will serve as a stepping stone for significant future capabilities that will allow for the reduction of spare parts and mass on a spacecraft, which will change exploration mission architectures for the better,” he said.

From here on in, the 3D printer will be put through its paces to make sure it can create physical objects in zero gravity just as well as it would on Earth.

The astronauts will print a series of objects on board ISS which will be returned to base on a future flight to be compared against an identical series of prints being produced on Earth to pick out any differences in tensile strength, torque and flexibility.

Any necessary improvements will be applied to a second device that is due to be sent up to the ISS in early 2015.