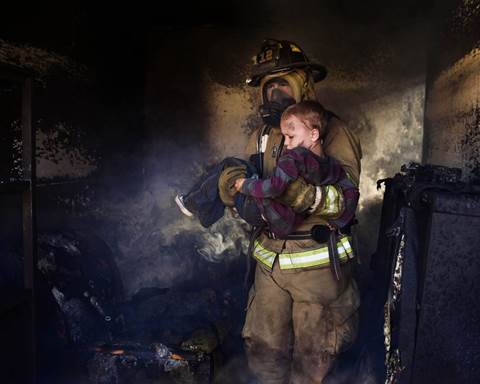 New software under development in Australia is set to help firefighters find people faster during an emergency by using artificial intelligence to analyse a building’s CCTV feed.

A deep neural network was trained to identify building occupants and differentiate them from first responders in real-time using footage coming from a building’s CCTV system.

It can also identify people with mobility issues, directing firefighters to people who need more help during an evacuation procedure.

Manual searches are not only time-consuming, but expose firefighters to dangers conditions for longer. They can also be slowed down due to decreased visibility from flames, smoke and debris.

“Incident gives emergency responders the critical information that they require about the building, and its occupants, in real time.”

SMART director, Professor Pascal Perez, said the Incident software will be trialled over a period of six months, building on the facility’s edge computing computing research.

SMART researcher, Dr Johan Barthelemy, added that the end goal of the system will be to increase the efficiency of the system until it can be reliably deployed on the edge of a network.

Nine News reported EVisuals will then seek to commercialise the software, focusing on the aged care and hospital sectors where the logistics of an evacuation are complicated by the higher concentration of people with reduced mobility.