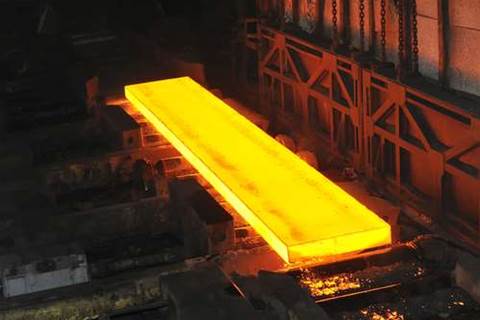 BlueScope Steel has been hit by a fire at its Wollongong plant in NSW, damaging electrical wiring and a 'computer room'.

The fire started in underground cable ducting at the Hot Strip Mill at the Port Kembla Steelworks at about 6am.

"A smouldering cable was identified as the source and extinguished shortly after by an employee," a BlueScope Steel spokesman told iTnews.

"All employees are safe. As a precaution emergency services were called with multiple fire units responding. Investigations continue."

Between six and nine BlueScope workers were evacuated from the site, a Fire and Rescue NSW spokesman told iTnews.

"The main problem was electrical wire and cabling that was smouldering," the Fire spokesman said.

"[There was] not a lot of fire, but it was causing a lot of smoke."

The site had since been handed back to BlueScope Steel.

It was believed that the computer room facility had sustained little or no damage but this was yet to be officially confirmed.

The Fire spokesman said any damage was likely to be limited to smoke damage.

Production at the plant is expected to resume later today.