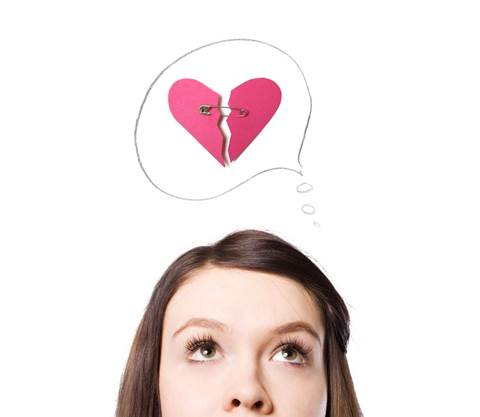 Heartbreak: is our love affair with content about to break something dear to us?

Opinion: Can a public jury be more influential than the courts?

The film industry has turned to the court of public opinion over case law to establish an ISP's responsibility to help curb internet piracy.

A new survey [pdf] commissioned by the Intellectual Property Awareness Foundation (IPAF) - which counts Foxtel and US anti-piracy body the Motion Picture Association of America on its board - seeks to retry key arguments from the case between iiNet and the film studios on what amounts to a jury of Australian internet users.

Topline results of the survey were first revealed by iTnews last week.

Those familiar with the workings of the iiTrial, fought in the Federal Court and subsequently High Court before a final judgment was handed down in April, will recognise the language of the studios in the survey.

The survey polls 1654 people, of whom ten percent – 165 people – download or stream something illegally at least once a week. Another 17 percent – 281 people – do so "monthly or less often"; the rest simply don't pirate.

IPAF posed two hypothetical statements. The first statement reads, 'If I was downloading or watching pirated movies or TV shows online, and my Internet Service Provider notified me that this was in breach of their terms and conditions, I would stop doing it'.

Of those that access pirated content at least once a week, 56 percent say they would stop if warned that the action violated an ISP's terms, while 32 percent would simply carry on.

Of those who access pirated material once a month or less, 65 percent would stop if warned the action violated the ISP's terms, while 24 percent wouldn't.

The second statement goes a step further: 'What happens if the ISP not only says the action breaches their terms, but also says they will suspend or restrict the internet connection if it happens again?'

The major change here is that 65 percent of people that pirate at least once a week say they would stop. Yes, 28 percent would carry on regardless, but drastic ISP warnings might be enough to scare some pirates straight, putting some money back in rights holders' pockets for good measure.

From a purely legal standpoint, ISP responsibility is a moot point. iiTrial proved that, in circumstances similar to iiNet's, ISPs have limited power to prevent piracy over their networks, and no real legal obligation to act on allegations of infringement made by rights holders.

Instead of accepting that, rights holders hope to show the courts are out of step with community attitudes towards who is responsible for reigning in piracy.

Judgment by the court of public opinion is hardly going to sway ISPs into action – particularly given the recent legal clarity on the issue, and the fact it's unclear how representative of the broader community the IPAF sample is.

What it could do is influence the Federal Government, whom rights holders are actively lobbying to address piracy with legislative change.

The survey's findings coincide with the first roundtable discussion between rights holders and ISPs, mediated by the Attorney-General's office, on the issue since the High Court judgment was handed down in April.

ISPs may not have a legal responsibility to act, but they have ethical responsibilities as businesses, and if their responses to ethical issues clash with those of the people that consume their services, the conflict may not go unnoticed by policymakers.

It's pretty unclear how any of this would work in practice and IPAF offers no answers in that respect.

IPAF spokeswoman Lori Flekser says those questions are better directed at the Australian Federation Against Copyright Theft, the body that represented film studios in the courts, and has led the argument against piracy since.

"We were interested in how responsible people felt the ISPs were," she says.

Legally, internet intermediaries are absolved from policing their networks for piracy.

Technically, what IPAF proposes isn't out of the question – at least one lawyer in the iiTrial wash-up mentioned ISPs with deep packet inspection are a different kettle of fish in the eyes of the law – but it is expensive and few have (or publicly admit to having) it.

While the courts say disconnection won't curb piracy (since a disconnected user can technically sign up for another internet service and resume pirating), IPAF's survey seems to conclude the threat of such action is a positive reason enough to implement it. At minimum, it might stop 14 more pirates in every 161 from doing what they do.

The challenge then becomes what identifiers an ISP can use to determine pirate packets.

A blacklist might not be out of the question. The studios made it clear in the original Federal Court case that blocking the Pirate Bay, a major BitTorrent tracker, was worth looking at. British ISPs are currently blocking the site to comply with a High Court order there.

IPAF's survey points to The Pirate Bay as the source of pirated content for one in five respondents. A number of trackers come up, but so do YouTube, Google and, bizarrely, iTunes.

It's worth pointing out one in three surveyed either "can't recall", "don't know" or don't want to tell the studios where they get pirate materials – making it a much tougher proposition to recognise exactly how they are accessing suspected pirated content.

IPAF's survey also attempts to shoot down the argument that people will pay for legal services if only they were available.

The foundation argues that the majority of people at least 'somewhat agree' that the options to access legal content are increasing, yet given the choice of paying the iTunes rate of $2.99 per TV show or $5.99 for a movie rental, those most prone to piracy still choose to take it for free.

Only 22 percent of respondents that consume pirated content at least weekly say they will pay to watch TV shows where available – 63 percent won't. The split for movies is similar – 19 percent will pay rather than pirate if there's a legal option; 66 percent won't.

The survey doesn't test the assumption of whether the iTunes price levels are right - or whether a reduction in the costs of legal downloads would have any impact on the percentage of internet users who choose to pirate than access content through legal means.

"We picked what we thought was a reasonably low price point for an episode of television.

"We didn't actually ask the question of what people would pay. The creation and distribution of content is a commercial business, so obviously prices have to be set at a cost [where the] chain of people involved in gaining revenue from it are able to make it a viable business."

Flekser doesn't see the issue of price setting being within IPAF's remit, making it unlikely any future research would test the impact of the content industry's prices on piracy behaviour.

"IPAF has nothing to do with setting price points for any cinemas or DVD stores, for rental or online," she says.

"It's a free market and people set their own prices."

According to AFACT's managing director Neil Gane, however, "no business model in the world can compete with free".

Flekser says that the film and TV studios are doing their bit to create and foster legal avenues to access content.

"Virtually every month theres a new source of content, either free or paid for, and I see that gaining steam as digital rights are better managed," she says.

However, she says, the actions of rights holders are "never fast enough for people".

"Most people want distribution platforms to change and content to be available more quickly across a range of platforms and those global barriers to be broken down," Flekser says.

"Those kinds of mechanisms are still a challenge and need some time to change."

In the interim, she warns that internet users' love affair with content needs to be tempered against the industry's costs and "acceptable behavioural standards" for digital citizenry.

"We don't want to love our industry to death," she says.

"We don't want to love the content so much we need it now and we're going to take it at any cost, because we will decimate the industry that we love."