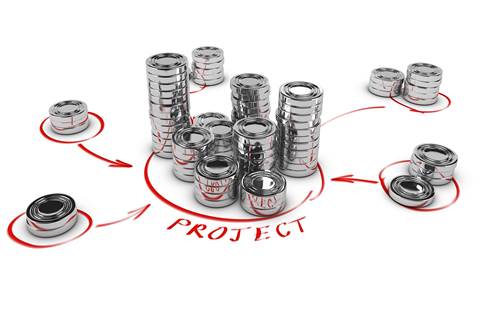 The federal government has taken its next major step towards introducing regulatory changes that will clear a path for crowd sourced equity funding (CSEF) in Australia.

The government’s push to make CSEF viable in Australia is part of a wider drive to promote innovation by giving start-ups access to online fund-raising mechanisms as an alternative to banks.

In a discussion paper released today, the Government noted that banks decline approximately twice as many business loan applications from start-ups as established businesses.

CSEF is typically derived from large pools of small investors or “crowds” sourced online through services such as Pozible and Kickstarter.

However, last June, the federal government’s Corporations and Market Advisory Committee (CAMAC) released a report which found that Australia’s financial laws were limiting the use of CSEF. It recommended that the Government develop a regulatory regime for CSEF to match efforts in overseas jurisdictions to free up the finance market.

“If appropriately regulated, CSEF may improve the ability of small businesses to access equity finance," the discussion paper stated.

One of the barriers identified by the sector is restrictive financial services licensing.

Lou Richard, chairman of Newport Capital, welcomed the paper’s release and said he hoped it would expand the kinds of activity his company can undertake within the bounds of its current licence.

"Newport Capital is not allowed to raise funds from 'retail investors' – for either listed or private clients. To do so would require an extension of our AFSL to include provision of financial advice to 'retail' investors as well as 'wholesale' investors," he said.

“So for a firm like Newport Capital to engage in 'crowd funding' (using web based raising documentation) would be a breach of our AFSL and could result in cancellation of the AFSL and/or fines."

The Government has sought comment on two regulatory models outlined in the discussion paper: the CAMAC model and a similar regime that has recently been adopted by New Zealand.

The CAMAC model would see the creation of a new category of public company exempt from ordinary compliance regulations for three to five years.

The regime would be limited to “certain small enterprises that have not already raised funds under the existing public offer arrangements” and be subject to investment caps of $2500 per investor in any 12 month period.

The New Zealand model, which is similar in concept, caps the amount of investment capital that can be raised by CSEF in any 12 month period to $2 million. However, it doesn’t exempt CSEF entities from compliance and isn’t limited to small enterprises.

Tim Fung, founder of Airtasker and partner at technology focused investment firm Tank Stream Ventures, also endorsed the paper's release and said any move to lower barriers to CSEF should be commended.

“Whilst equity crowd funding is a complex concept, we’re really confident that this will be a huge driver of economic growth in Australia if implemented correctly - we just need to get the balance right between free markets and regulation," Fung said.