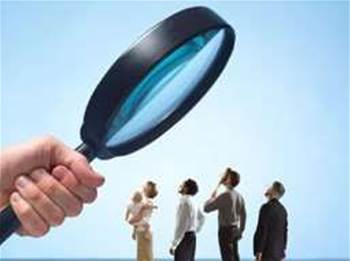 The ATO’s $445 million Change Program commenced in December 2003 with the intention of replacing more than 180 legacy front- and back- end ICT systems by June 2008.

Costs blew out to $757 million due to delays, design difficulties and legislative changes. The project is now expected to conclude this June.

In a 242-page report dated 3 December but released to the public this week (pdf), Inspector-General Ali Noroozi raised concerns about governance and scrutiny functions of large, Government ICT projects.

While he acknowledged that his role did not extend beyond the tax administration system, Noroozi recommended that the Government develop requirements for minimising risks in future projects.

The ATO bore a number of key risks during the Change Program, including: contractor Accenture’s ability to deliver the required systems; cost blow outs and delays; and Government policy change, Noroozi reported.

The Tax Office had “developed appropriate mitigation strategies”, although there were some areas in which the Change Program might have been improved, he wrote.

Besides his recommendation to the Government, Noroozi made eight recommendations to the ATO, which agreed to five, “agreed in part” to two, and rejected one.

Most accepted recommendations focused on improving communications with staff, external stakeholders and the community – especially since the ATO “had little choice but to go live” with an income tax processing system last January, despite 229 known ‘Severity 2’ defects.

The ATO had received “substantial independent advice” that the defects would affect 50,000 individual assessments annually, and “widespread delays in processing”.

A further 16,000 taxpayers were affected by erroneous, automatically generated decisions, according to a November 2010 Commonwealth Ombudsman’s report.

“Notwithstanding the concerns regarding the ATO’s communications, the ATO did its best in the given circumstances to fix problems as they arose, diverting significant resources to mitigate and resolve issues,” Noroozi reported.

“It is equally important to recognise, however, that in certain cases individual taxpayers and tax practitioners suffered (and in some cases are still suffering) adverse impacts from the new systems’ introduction until the problems were fixed.”

The ATO agreed in part to the Inspector-General’s call for additional guidelines to assess and process compensation claims from members of the community.

However, it refused to reconsider its decision not to compensate some tax practitioners for their loss of reputation, time and money as a result of the ATO’s processing delays.

“The ATO considers each case on its merits,” the Tax Office stated, in response to Noroozi’s report.

“As at 30 November 2010, the ATO has received 59 claims from taxpayers and 35 claims from tax agents for a total of 94 claims ... The ATO will continue to consider current claims and any future claims received on their merits.”

Contractor Aquitaine Consulting estimated the Change Program to have cost $799 million as of June 2010, and to deliver about $150 million in annual efficiency benefits upon deployment.

Aquitaine’s cost-benefit report (pdf) was delivered to the ATO in September 2010 and released to the public this March, in accordance with Noroozi’s recommendations.