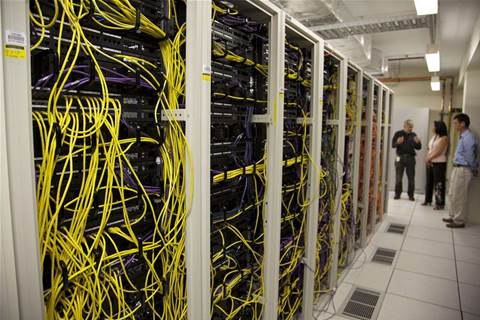 The Federal Government has announced it will undertake a “feasibility study” to construct its own data centre as a long-term alternative to leasing space from the private sector.

The revelation came at an industry briefing by the Australian Government Information Management Office (AGIMO) in Canberra yesterday.

“An upcoming project will be a feasibility study into a Government built and owned data centre as a long term strategic option,” AGIMO said in its data centre strategy.

“This investigation will help determine whether there is value in adopting a build-own-operate model for data centre management, or whether it is more cost effective to maintain a lease-develop-operate model.

“For this process, AGIMO anticipates engaging expert consultants from within the industry to help with this report.”

The report was expected to be handed to the Government in the second quarter of next year.

AGIMO executive Kayelle Wiltshire said the study would take into account "cost benefit analyses, locations and opportunities - and what the opposite side of the coin looks like if we don't do it."

But Wiltshire warned it was unlikely the Government had the budget to build in the short term.

"It is a very large capital investment for a data centre," Wiltshire said.

"We also have to be cognisant of the Government's fiscal position [and] right now there isn't several hundred million dollars in the kitty to build our own [facility].

One analyst, who declined to be named, speculated that the study and its timing could be designed to encourage the industry to offer more competitive offers for the Government’s current data centre panels.

Another revelation at the briefing was an expectation that the IT requirements for the smallest 50 Australian Government agencies would be met by a "Data Centre as a Service" (DCaaS) strategy.

These agencies spent less than $2 million per year on their ICT operations and had common ICT infrastructure.

AGIMO was preparing a specification based on industry consultation. Possible solutions included in-sourcing, partial or full outsourcing and cloud computing.

DCaaS tenders were expected to be called in the latter part of next year.

It was expected that larger Government agencies could also use DCaaS services if required.

The Government announced plans earlier this year to consolidate most Federal Government agencies into larger, more modern third party data centre facilities for the next 15 years in an attempt to avoid around $1 billion in future costs.

"The main source of these future costs are electricity and data centre leasing,” Wiltshire said.

“Other opportunities for costs avoidance include use of common services, such as backup and disaster recovery.

"Of particular importance is the issue of electricity, as electricity usage is the highest contributor in cost avoidance and is anticipated to be the single largest future cost for data centre operations."

The Data Centre Strategy required agencies to measure and report annually on the electricity used by their data centres and their ICT infrastructure, regardless of where ICT equipment is located, whether insourced or outsourced.

However standards for benchmarking data centre carbon footprints were yet to emerge.

AGIMO expected a "preliminary version" of this measurement tool will be available in 2011 and that as it could “replace or supplement Power Usage Effectiveness (PUE) as a more informative measure of data centre energy efficiency” as it became more robust.

AGIMO estimated PUE, across all the Australian Government's data centres, to be higher than 2.5.

Following advice, including from companies represented at the industry briefing yesterday, AGIMO proposed the PUE be cut to an average of 1.9 by 2015.

"We know some data centres are claiming ratios of between 1.15 and 1.3 in this PUE area. So clearly there's a lot of possibilities here as we start to address demand for electricity, the best way to do things, how to achieve those results," AGIMO executive John Sheridan said.

While AGIMO would take a lead role in defining policy and targets for agencies, it would be up to agencies to decide how to meet these targets.