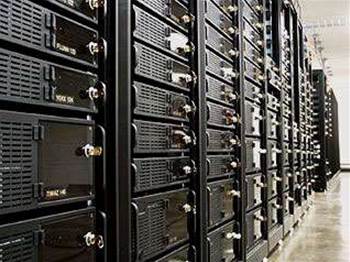 The Federal Bureau of Investigation (FBI) is staying mum on why it ripped out entire server racks from a US datacentre used by Swiss-based web host, DigitalOne.

The host emailed affected customers on Tuesday to advise that the disruption was due to the FBI confiscating three enclosures, according to the New York Times.

It claimed the FBI had seized servers relied on by “tens of clients” during its hunt for just one.

The FBI has not said who it was targeting in the raid, but a government official told the Times that the bureau had teamed up with the CIA and European cybercrime bureaus in pursuit of the Lulz Security group, responsible for a dozens of recent high profile attacks on corporations and government.

Yesterday a 19-year-old British man was arrested by London police for his alleged involvement in Lulz Sec and Anonymous distributed denial of service attacks.

One of the most seriously affected by the FBI's Tuesday morning raid was Curbed Network, a publisher of a range of blogs, whose websites went offline at 3am Tuesday remained down throughout Wednesday.

“We shared a server rack with a site the FBI apparently didn't like. We got yanked out as random unlucky collateral damage,” Curbed owner Lockhart Steele wrote on Twitter.

Popular web bookmarking service Instapaper was also affected by the rack seizure, but only mildly, according to founder Marco Arment.

“Instapaper has 5 servers, 1 was at DigitalOne (and missing), and it was only used for performance boosting. All data is fine,” he clarified in a Twitter post.

Another bookmarking service Pinboard, which had “three big servers” with DigitalOne, lost access to its main database server, the company reported in a status update.

“Search and global tag pages are also unavailable, since they run on the unreachable machine,” it told customers.

DigitalOne chief executive Serjej Ostromumow blamed the FBI’s “unprofessional work” in his email to clients for its support service and website going down .

He believed the FBI’s crude removal of entire racks was the result of its officers confusing a single “enclosure” with “one server”, since he claimed to have given it enough information to locate the servers associated with a single IP address.