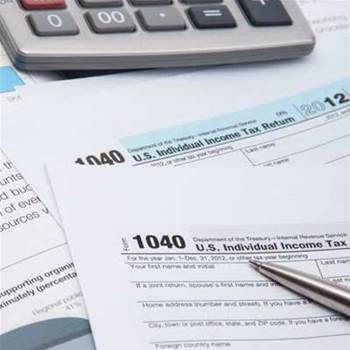 The US FBI has launched a formal investigation into the illegal access of tax-return details belonging to 100,000 Americans, disclosed by the Internal Revenue Service earlier this week.

"The FBI has opened an investigation into the recently reported incident at the Internal Revenue Service and is working with our interagency partners to determine the nature and scope of this matter," a spokesman said.

IRS Commissioner John Koskinen earlier this week revealed cyber criminals had sought to gain access to personal tax information on 200,000 occasions from February to May this year, and were successful in about half of those attempts.

He said attackers sought to gain access through the agency's "Get Transcript" online application, which calls up information from previous returns.

The breach did not affect any IRS data outside the "Get Transcript" application, and the agency said it would strengthen its security measures.

Koskinen said he could not comment on who the attackers might be, and a criminal investigation was ongoing.

"We're confident these are not amateurs. These are actually organised crime syndicates that not only we but everyone in the financial industry are dealing with," Koskinen said.

US TV network CNN has since reported the data theft appears to have originated in Russia.

The agency currently believes that 15,000 fraudulent returns were processed as a result of the breach, likely resulting in refunds of just under US$50 million.

The FBI spokesman said individuals alerted to the illegal access of information should report "any suspected instances of identify theft" to the FBI's Crime Complaint Centre website.

On Tuesday, the US senate finance committee is scheduled to hear testimony about the incident from Koskinen and J. Russell George, the Treasury Department's inspector general for tax administration.