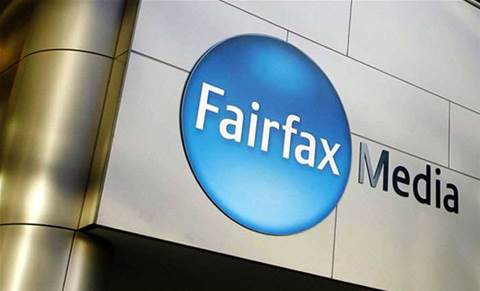 Fairfax Media has migrated its expense management to SAP Concur, the latest evolution of the SAP-based finance system used to keep tabs on its performance.

Speaking to iTnews on the sidelines of the Sapphire Now conference in Orlando, Fairfax Media's head of finance systems Diego Lombardini said the Concur migration started in mid-January and was now complete.

The media company had previously used SAP Cloud for Travel and Expense, but it is due to be shuttered this month, superseded by the acquired Concur platform.

While both old and new expense management platforms enabled expense reports to be managed and submitted via mobile apps, Lombardini said Concur offered an “enhanced user experience” for Fairfax’s 1600 employees.

It consists of two apps: one to manage the expenses, and another that allows employees to take photos of paper receipts and uses optical character recognition (OCR) technology to extract relevant details about the expense.

Concur also has integrations with the Tripit itinerary planner and Uber, and while Fairfax hadn’t initially planned on taking advantage of these extensions, users reported positive experiences.

“When we first rolled it out I thought let’s just do the same thing, like-for-like,” Lombardini said.

“Let’s not allow Tripit or Uber integration. But some people started trialling these functions and said they were good, so we ended up enabling [them].”

The entire process is not completely automated: employees still need to attach a code to different expense types, describe the expense and allocate it to the right internal cost centre.

But Lombardini said it offered a much-improved experience for something he acknowledged most people put off doing.

“They always say expenses is one of the things no one likes to do. Everyone hates it,” he said.

“The good thing is the moment you spend the money and get a paper receipt, you take a photo and check it in to the app.

“Whereas if you are going to have to keep a chunk of receipts to then give it to someone it’s a lot more work.”

Fairfax runs two instances of SAP ERP for finance: one for the Fairfax business and one for Rural Press, which it bought out in 2006.

The media company last year became an early adopter of SAP’s BW/4HANA data warehouse software, which it has deployed on AWS. BW/4HANA broadly enables the company to use data from its two underlying SAP instances to build reports and visualisations.

It uses several SAP tools for this purpose, including Lumira and BusinessObjects Analysis for Microsoft Office, which allow staff to run reports in Excel.

While Fairfax has talked on and off over a number of years on the possibility of combining the two underlying instances of SAP ERP, it appears there is a lack of business appetite to make that happen.

"It’s been in discussions for a while but there’s so much stuff happening around the edges and at the front end that it’s not a priority at the moment," Lombardini said.

"We’ve also done a lot of work over the past few years to remediate some of the pains in the system without having to do a big change."

Ry Crozier is attending SAP's Sapphire Now conference in Orlando as a guest of SAP.