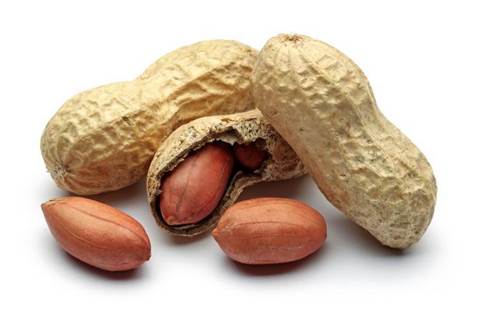 Software companies operating in Australia that use onshore foreign workers have been put on notice that they must comply with national minimum wage levels following a landmark intervention by the Fair Work Ombudsman (FWO) in the case of two Korean nationals.

In a small but potentially tectonic case for outsourcers who fly-in developers, integrators and coders,  the FWO on Tuesday revealed it has hit two Sydney-based payments technologies companies run by the same director with Court Enforceable Undertakings (EU) over flat rates of pay as low as $6 per hour.

The FWO’s intervention follows an extensive investigation of Silverwater-based POSnet Pty Ltd and ECNEsoft Pty Ltd after two Korean nationals in their 20s sought the watchdog’s assistance over the Dickensian pay rates.

The two companies and their director, Bum Soo Lee, were found to have paid unlawfully low flat rates of between $6 and $24 to the two workers which FWO said were each employed for 12 months between July 2016 to October 2017.

“We have no tolerance for employers who think they can pay unlawfully low flat rates of pay to migrant workers. A court-enforceable undertaking means that a company will not only have to pay back the money that is owed to their employees, but will also face ongoing close scrutiny by the FWO,” Fair Work Ombudsman Sandra Parker said.

“Australia’s lawful rates of pay do not change because of visa status and any workers with concerns should contact the Fair Work Ombudsman,” Ms Parker said.

The workers were hired on working holiday and student visas, a practice becoming more common in the wake of the 457 skilled temporary migration visa scheme’s wind-up

The entry of the FWO into the migrant labour market in the local software industry is highly significant because traditionally minimum pay enforcement has been meted out through immigration authorities using minimum salary levels and paygrades informed by the technology industry.

While Australia’s technology industry has a swag of lobby groups informing policymakers and regulators, remuneration and wage rates in the software industry have for the most part not been covered by an award or industrial instrument.

The enforceable undertaking revealed by the FWO on Tuesday has applied the National Minimum Wage Order in one instance and the Clerks Private Sector Award in another, effectively putting in place a floor on subsistence level pay rates commonplace in onshore commodity code shops that compete aggressively on price.

The repayment sums extracted from the two businesses and back-paid to the two visa holders are not huge – a total of $34,429 – but they do set enforceable guard rails in terms of wage levels.

The FWO’s actions also conspicuously open the door for similar complaints from individuals to be lodged against employers that have for the most part relied on the practical absence of a software wage benchmark they must meet.

A common underpayment mechanism used by onshore technology labour arbitrageurs is to pay the tax withholding component of tech foreign workers’ wages in line with designated minimum salary levels, but then remit the remainder of the pay to a foreign account making it far harder to police.

Because domestic skilled wage levels in source countries are far lower than Australia, labour arbitrageurs are able to game the balance of payments after tax to push wages below minimum Australian levels, usually avoiding conditions and entitlements along the way.

In the case of ECNEsoft, the workplace breaches found by the FWO “included underpaying its worker the minimum rates for ordinary hours, overtime and public holiday hours, and failing to pay annual leave loading, owed under the Clerks Private Sector Award.”

It is understood that FWO commenced the action following complaints independently lodged by the two aggrieved employees without the assistance of unions.

According to the FWO, the two companies must now engage an “external professional to complete audits of the pay and conditions of all employees, one in 2019 and the second in 2020.”

The watchdog said Lee has also been required “to check the pay and conditions of all workers in the nine other companies he directs. Any underpayments must be rectified and reported to the FWO.”

Lee’s two companies will also fork out “a combined contrition payment of $5,000 to the Commonwealth Government’s Consolidated Revenue Fund.”