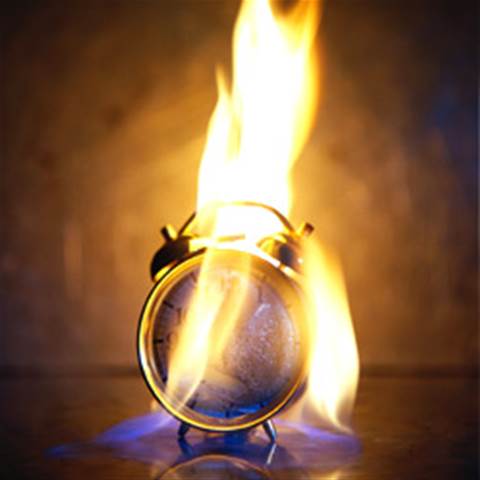 Over $30 million wasted on all sides.

An audit of the Federal Government's first abandoned request for proposals (RFP) to build a National Broadband Network found the Government could have varied the process or performed risk analysis earlier to reduce the chance of it falling over.

But the 112-page Australian National Audit Office (ANAO) report [PDF] stopped short of making any recommendations or accusing the Department of Broadband, Communications and the Digital Economy (DBCDE) of rushing the process to meet its ambitious election commitment.

The DBCDE was criticised over its choice of a one- rather than two-stage RFP.

It also came under fire for not analysing some of the consequences of known risks to the project - such as the amount of compensation to Telstra that may be required - until the RFP was well underway.

The first calculation of potential compensation was made in September 2008 with a range "of some billions of dollars". The expert panel was caught off-guard by the numbers, ANAO said.

"As the RFP progressed, most of the risks and issues that emerged were sufficiently addressed and mitigated, but some were not, which was to the detriment of the RFP process and the prospects of a successful outcome," the auditors said.

"Although not guaranteeing a successful outcome, the flexibility within the RFP process meant that the Government could have varied the RFP document and process when it became apparent that proponents were looking for clearer direction and were unlikely to submit proposals that met all of the Commonwealth's objectives and other evaluation and criteria [and when] the global financial crisis was impacting on the proponent's ability to finance their proposals.

"However, this would most likely have necessitated an extension to the Government's timetable for the RFP process - with the timetable already being an important consideration for the Government."

Among the other highlights of the report:

• The total cost of the failed RFP was over $30 million.
• Time frames caused issues for the Government and potential bidders.
• The Government started exploring NBN alternatives outside of the RFP as early as mid-2008.
• Problems that emerged with overbuild protections were never shared with bidders.

The audit office believed adopting a multi-stage process "would have been the more conventional approach for conducting tender processes of this size, nature and risk, particularly when seeking innovative solutions" but said that this approach would have added time to the process.

Bidders contacted by the auditors said the addition of an expression of interest stage would have "increased the likelihood of a successful outcome".

The audit office believed that "seeking expressions of interest under a multi-stage process may have provided the Government with a better understanding of the capacity of [bidders] to meet the expected requirements of the RFP process."

It said multi-stage tendering could have constrained costs and risks for the Government and bidders.

It also noted that overseas projects, including Singapore's Next Generation Network, used a similar drawn-out process.

The report found the failed RFP process cost in excess of $30 million.

ANAO said the Department's spending alone accounted for $17 million, including $11 million "for RFP-related consultancies" and $600,000 "for the private sector members of the [expert] panel" engaged to pick a winning bid.

The audit office said the various consortiums bidding for the NBN listed their costs between $1 million and $8 million.

Although the report did not expressly conclude the process was rushed, it included a number of references to the timeframe it was allocated.

Apart from comparisons with the timeframes allocated to similar overseas network projects, ANAO found that "insufficient time" was given to "fully address specialist advisers' concerns that a lack of detail in the RFP put at risk attracting binding offers" from the various bidders.

The majority of advisers, the audit office found, were retained less than a month before the RFP was released.

"As the specialist advisers and members of the interdepartmental committee became more involved in reviewing multiple drafts of the RFP document, concerns were raised that the NBN was a major project and more time should be taken to improve the level of guidance in the RFP document," the report said.

The audit office was also critical of the Department for waiting until the conclusion of a High Court case before calculating the amount of compensation it could be forced to pay Telstra in order to accept one of the proposed NBN bids.

It believed earlier advice on the costs "would have provided the Government with a greater appreciation of the consequence of this key risk, including its relativity to the likely cost of the network, and potential impact on a successful outcome.

"This information would have better informed, and may have influenced, the Government's approach to delivering the NBN."

The Department disagreed with the report's findings on its risk analysis. It said a "more detailed analysis of the possible compensation that could become payable would not have materially altered the RFP process or its result."

The audit office report also uncovered what appeared to be a bizarre cover-up by the Department of Broadband on the subject of network overbuild protections that were requested by various bidders.

The protections would have prevented other carriers - namely Telstra - from rolling out network infrastructure that would compete with the NBN.

But it has emerged the Department of Broadband took advice even before the RFP document was finalised that the protections could contravene Australia's international obligations, such as those set out in free trade agreements.

"The department knew early in the RFP process that the overbuild protections that non-Telstra proponents were likely to seek could jeopardize the achievement of one of the Commonwealth objectives for the NBN, which would be at odds with the Government's broadband policy," the report said.

The Government was informed by the Department in September 2008, according to the report.

"Based on past experience, the department was confident that by working with [the Department of Foreign Affairs and Trade], a way could have been found to achieve the outcome sought by [bidders] that was consistent with international trade obligations," the report said.

"Throughout the RFP process, bidders received no information regarding the potential implications of international trade obligations for their proposals."

In the clear on conduct

No specific issues were reported with the way the RFP was conducted, which was within Commonwealth guidelines.

"Despite the RFP process' complexity and short timeframe, the panel and the department conducted the formal process well and in accordance with the Commonwealth guidelines," the report said.