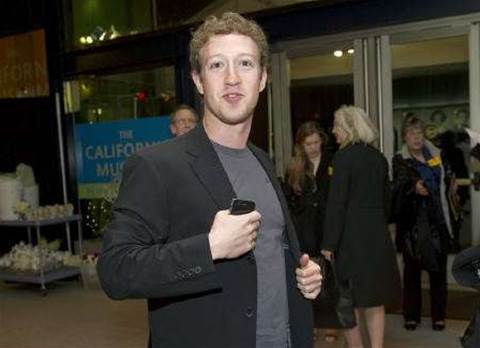 He lives in California, Judge rules.

Facebook founder Mark Zuckerberg lives in California and not in New York, a judge ruled, a setback to a businessman who claims in a lawsuit that he is entitled to a majority stake in the company.

U.S. District Judge Richard Arcara in Buffalo, New York, on Monday denied businessman Paul Ceglia's claim that his case against Zuckerberg should be heard in state court instead of federal court.

Ceglia of Wellsville, New York, sued Zuckerberg last June, claiming that a contract with Zuckerberg to develop and design a website entitled him to an 84 percent stake in the privately held social networking site.

The lawsuit over Ceglia's 2003 contract claim survives in federal court in Buffalo, New York, but he must file an amended complaint within two weeks, the judge said in a written opinion.

Ceglia's lawyer was not immediately available to comment on the ruling. Facebook welcomed it and repeated previous statements that it believes the lawsuit is fraudulent.

Federal courts hear cases between residents of different states where the claims exceed US$75,000. In general, state courts have larger caseloads and plaintiffs might have more opportunities to negotiate a settlement than in the federal court system.

Lawyers for Zuckerberg and Facebook had argued that Palo Alto, California is his permanent home and asked the judge to deny Ceglia's bid to move the case to a court in Allegany County, New York.

The argument to move the case was based largely on grounds that Zuckerberg had stated in a previous challenge to the origins of Facebook in Massachusetts that he was domiciled in New York.

But the judge said Zuckerberg took a temporary leave of absence in California from Harvard University in 2004 when his domicile was still officially in New York.

"As it turns out, Zuckerberg never did return to Harvard or to New York," the judge said in a written opinion. "Instead, he remained in California where he continues to live today."

The case is Paul Ceglia v Zuckerberg & Facebook, U.S. District Court for the Western District of New York, No. 10-00569.