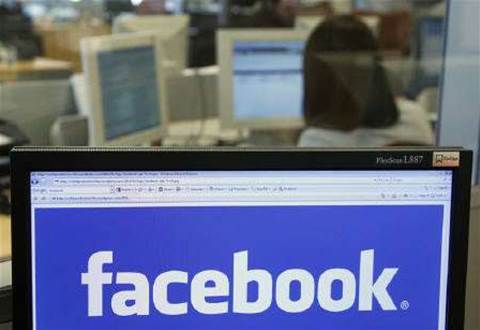 Can the next hottest dotcoms live up to Wall Street's expectations?

Remember Webvan? The online grocer, whose initial public offering in March 2000 was among the most hotly anticipated during the dot-com boom, is now viewed as one of the greatest disasters of the era.

Fast forward 11 years and the feeding frenzy around Facebook and its exponentially expanding valuations are conjuring fears of a Bubble 2.0.

Goldman Sachs bankers have offered their private wealth clients less than a week to decide whether they want to hand over US$2 million apiece for a sliver of the Web darling du jour: Facebook at a $50 billion valuation.

For one Goldman client, who was expecting a 100-page financial document on Facebook to be hand-delivered on Thursday, hours before the deadline to invest in the company -- the whole thing "felt a bit like 1999."

Thanks to Goldman Sachs' latest cash infusion of about US$450 million with a commitment to raise another US$1.5 billion, Facebook has become the lightning rod for debate over whether these new Internet hotshots possess the profit-generating muscles to justify Wall Street's unforgiving expectations.

Twitter and Groupon, an online coupons site considered by some as the fastest growing company in Web history, are also mulling plans for IPOs well ahead of Facebook's potential offering at the end of 2012, investment bankers have told Reuters.

LinkedIn is wasting no time. The social network for professionals, with 85 million members, has hired bankers to go public this year.

For Facebook, which generated about US$2 billion in revenue in 2010, according to media reports, the US$50 billion valuation means investors have awarded it a multiple of 25 times sales, compared with a nine-times multiple for Google, and Amazon.com's 2.5-times multiple.

Facebook generates US$4 per user, compared with Google's US$24 per user and Yahoo's US$8 per user, according to a recent report by JPMorgan.

Investors will need to look past existing financial returns to focus on the company's business-transforming potential.

"It depends on your view of the world," said Sawyer. "If you believe that the ability to leverage this social network fabric will change the way companies acquire customers, then the valuation looks cheap."

Just as Google's search advertisements revolutionised the way businesses reach customers, Facebook's audience of a half-a-billion members has allowed companies like social gaming service Zynga and online dating service Zoosk to sign-up tens of millions of customers of their own in record time, Sawyer said.

As Facebook devises more ways to make money from that capability, such as by taking a cut of transactions made by other companies on its platform, the opportunity could be substantial, he said.

Facebook, born as a Harvard dorm-room project to help students to stay connected, has evolved into a global phenomenon, whose users include nearly as many people over 45 years of age as it does people under 24 years old.

In 2010, Facebook displaced Google as the most visited website in the United States, and nearly one out of every four graphical display ads viewed in the United States in the third quarter was on Facebook's website, according to analytics firm comScore.

Twitter, the microblogging service that has become an indispensable tool for celebrities and politicians to connect with fans, now counts more than 175 million users and fetched a US$3.7 billion valuation in a recent round of venture capital funding.

Online coupon service Groupon recently announced plans to raise up to US$950 million, implying a valuation that one research firm estimated could be as high US$7.8 billion.

Premium valuations for top-tier players like Facebook and Groupon are usually worth it, wrote Google "developer advocate" Don Dodge in a widely read blog post on Tuesday. The potential for a bubble comes when investors bid up prices for third-tier companies, whose business prospects aren't as solid, he wrote.

Unlike in the late 1990s, shares of today's Web sensations are privately held and not available to the general public. But a growing secondary market has developed in which investors meeting certain criteria, such as minimum net worth, can buy and sell shares.

Goldman Sachs plans to raise up to US$1.5 billion to invest in Facebook through a special purpose investment vehicle marketed to its private wealth management customers.

Such trading in companies that are not required to provide investors with the same kind of detailed financial reports and updates as public companies is raising alarms.

"It feels a little irrationally exuberant with some of these transactions, some of these values, particularly given the level of disclosure," said Robert Ackerman, the founder of early-stage venture capital firm Allegis Capital.

"Maybe with Facebook that's well placed," he said, "but what about all the other companies that are going to ride on Facebook's coat-tails."

The laws of gravity are also different in the private markets in which the new generation of Web superstars trade.

Because there's no way to short shares of private companies, the shares are subject to upward pressure but not downward pressure, noted BGC Financial analyst Colin Gillis.

"There's no counterbalance," he said.