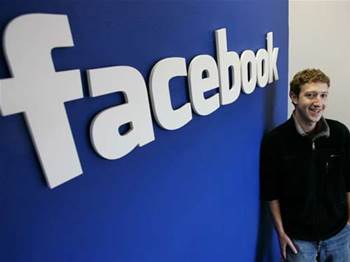 Facebook has launched a major charm offensive in India as its ‘free basics’ internet service – formerly called Internet.org – faces an impending regulatory ruling on whether or not it violates net neutrality.

Free Basics is Facebook’s attempt to get the next billion people in underprivileged nations online. It takes the form of an app on users’ mobile phones through which “free basic” internet services can be accessed – with the data costs picked up by local telco partners.

But critics of the service claim it creates a “two-tier internet” and may violate net neutrality by treating internet users differently in what they can and can’t see.

A number of partners to Facebook’s program in India withdrew earlier this year over such concerns, according to MIT Technology Review.

Now, Facebook’s last remaining telco partner in India has been told by regulators to temporarily halt the service until it rules on the issue of net neutrality.

That freeze – announced just before Christmas – has led to a major increase in lobbying efforts by Facebook ahead of the regulator’s decision.

The web giant took out large newspaper ads to defend its service and conducted a Reddit AMA with Internet.org vice president Chris Daniels on the “holiday weekend”.

Now, Facebook CEO Mark Zuckerberg has weighed in with an op-ed in the Times of India, where he compares Facebook’s ‘free basics’ service to public library and healthcare services.

“We have collections of free basic books. They’re called libraries. They don’t contain every book, but they still provide a world of good,” Zuckerberg wrote.

“We have free basic healthcare. Public hospitals don’t offer every treatment, but they still save lives.”

Zuckerberg also urged India’s telco regulator to “choose facts over false claims” when it came to whether or not ‘free basics’ violated net neutrality.

“There aren’t even any ads in the version of Facebook in Free Basics,” he said.

A decision by the Telecom Regulatory Authority of India is expected in “early January”, according to WSJ.