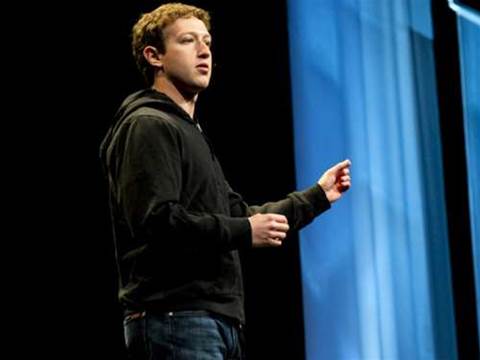 Facebook CEO Mark Zuckerberg has said revelations about US government surveillance hurt users' trust in internet companies and that knowing more about the programs would help relieve some of the public concerns.

In a rare appearance in Washington at an event hosted by the Atlantic magazine, the 29-year-old social media billionaire urged the federal government to tell the general public more about the requests for data it makes to Internet companies.

Zuckerberg was also holding meetings with members of Congress from both parties to lobby for immigration reform.

"What I can tell from the data that I see at Facebook is that I think the more transparency and communication the government could do about how they're requesting the data from us, the better everyone would feel about it," he said.

"From reading in the media, you couldn't get a sense whether the number of requests that the government makes is closer to a thousand or closer to a 100 million. ... I think the more transparency the government has, the better folks would feel."

Zuckerberg also expressed concerns that the outcry about vast secret spy programs run by the National Security Agency and the US response could alienate other countries and hurt innovation globally. In San Francisco last week, Zuckerberg said the government "blew it" on the spy programs.

"Response to the NSA issues that have blown up are a big deal for the internet as a global platform. And some of the government statements I think have been profoundly unhelpful," he said.

"'Oh, we only spy on non-Americans.' Gee thanks," Zuckerberg said, adding, "We're trying to provide an international service, not get crushed in those places either."

Earlier this year, Facebook said some 1.1 billion people around the world used its site each month.

The tech sector has been pushing for more disclosures about government data requests as Internet companies seeks to shake off the concerns about their involvement in vast secret US surveillance programs revealed by former spy contractor Edward Snowden.

On Wednesday, Zuckerberg said the revelations about US online surveillance had a much bigger impact on users' trust in Facebook than any criticisms related to the company's own privacy policies.

The issue that brought California-based Zuckerberg to Washington was his push for immigration reform, which has prompted him to wade deep into political waters.

This year, he founded an advocacy group, FWD.us, that lobbies for a comprehensive immigration reform, promoting the concept of building a "knowledge economy." The group has come under fire for ads that backed pro-immigration lawmakers on issues unrelated to immigration, such as oil drilling.

"We just want to be there to help support folks who are going to have to take challenging positions on something that's going to be controversial but they ultimately believe is the right thing," Zuckerberg said.

He was scheduled for sitdowns on Thursday with Republican House Speaker John Boehner and Democratic House Leader Nancy Pelosi as the House of Representatives poses an uphill battle for the immigration legislation, which already has been passed by the Senate.

Zuckerburg, who ditched his signature hooded sweatshirt and blue jeans in favor of a dark suit and tie on Wednesday as he made his way through the hallways of Congress, said he was optimistic the legislation's chances.