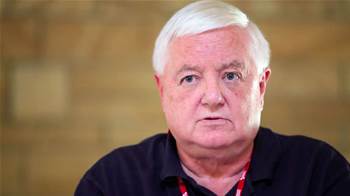 Low-cost internet service provider Exetel has become the latest to reveal its planned prices for services over the National Broadband Network.

Plans started at $34.50 a month. Customers would be able to choose from five data quotas ranging from 20 GB to 200 GB a month, on each of the four speed brackets - from 12 Mbps to 100 Mbps downstream.

The service would be offered for free and with free installation to customers in Kiama, Willunga and Armidale until October 1, when it would switch to the paid service.

A $100 installation fee would be required once the company began charging retail pricing.

The plans were based on wholesale packages offered by NBN Co, which began at $24 per month wholesale for a 12/1 Mbps service and access to one of the customer premises equipment's voice ports.

A VoIP service would attract an additional charge.

Exetel chief executive John Linton told iTnews the company did not plan to change pricing until at least 2013.

Pricing was similar to that expected from rival low-cost operator Dodo, who last week revealed plans for an entry-level product below $40 a month for customers.

Dodo would also continue to offer unlimited data quotas in other NBN plans.

A third ISP to introduce pricing, Internode, had begun at a higher entry point of $59.95 a month with a voice service included.