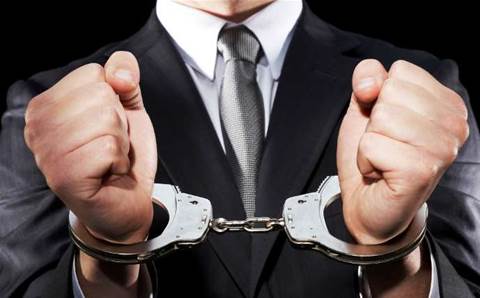 Given three years behind bars.

A former Telstra account executive has been sentenced to three years' imprisonment after stealing more than $250,000 worth of hardware.

Judge Julia Wager handed Jaime Kim Guan Neoh his sentence at a Perth district court on last week, ruling he will be eligible for parole after serving 18 months.

"It costs the company and the community a lot if those they employ are not honest - and it’s for these reasons that significant terms of imprisonment must result," Wager said.

A total of 263 mobile phones, 13 tablets, four electronic devices and a tablet case were received by Neoh, who then resold or gave out the items as gifts.

"You wanted to impress others and give the appearance of being highly successful," Wager said in sentencing Neoh.

"You used the items you obtained to give out as gifts to your family, to others or to pay for meals and present a lavish lifestyle to others including clients."

The thefts occurred between January and September 2014. Neoh placed the orders through his sales team, by telephone, on the internet and other means, even instructing a junior staff member to create a second account in the name of an existing customer and change the details later.

Neoh claimed his actions were in order to maintain a "certain lifestyle". At Telstra, he was on a $99,000 yearly salary. He pocketed up to $90,000 from the sale of the stolen devices.

Neoh joined Telstra in 2003 as a contractor and switched to permanent full time in 2005. He was promoted several times until eventually landing the account executive role in February 2013, for which he was responsible for more than 70 business customers.

It was only when Tap Oil requested to terminate its contract with Telstra and a negative balance related to a loyalty program appeared that the telco started internal investigations. The enquiry discovered that Neoh had forged an authorised signature for that account.

Neoh was interviewed three times on the matter before he admitted his acts to a manager. After several meetings, Telstra terminated his employment on October 2014.

Got a news tip for our journalists? Share it with us anonymously here.
Copyright © CRN Australia. All rights reserved.
Tags:
hardware jail telco telco/isp telstra