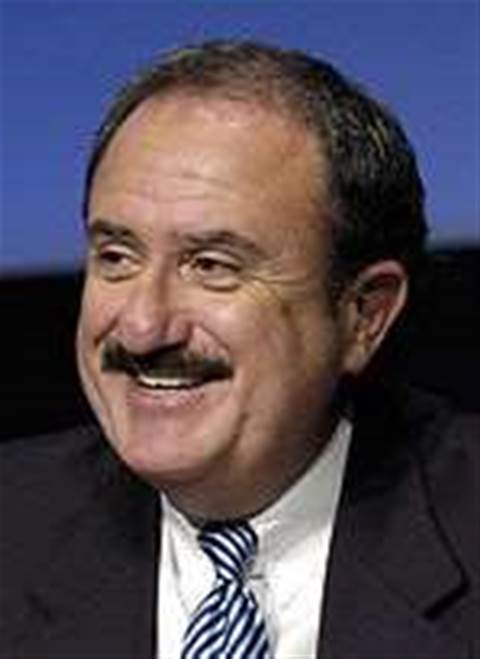 Former Telstra boss Sol Trujillo is said to be working on a private equity deal to buy the fourth largest cellular telco in the United States, T-Mobile, according to Bloomberg.

The publication reported a deal in the region of $US30 billion ($AU28.5 billion) which, if true, would make Trujillo's latest move the largest leveraged telco buy-out ever.

Trujillo has been in talks with equity firms Blackstone Group and KKR & Co but so far, hasn't got a deal off the ground as the two companies are sceptical of the proposal due to its size and cost of financing, according to the report.

Sprint-Nextel, the third largest mobile telco in the US, is said to be in Trujillo's sights too.

T-Mobile USA, part of the global brand owned by German incumbent Deutsche Telekom, has been on the block for some years now.

AT&T bid $US39 billion for the teco last year, gaining some regulatory approval, but the deal fell through after the US Department of Justice objected to the deal on antitrust grounds.

It has significant spectrum stocks in the 1700, 1900 and 2100 MHz bands, and operates a GSM and 3G networks across the US and affiliated states. It also operates a wi-fi hotspot network throughout the United States and intends to launch an LTE service next year.

Trujillo, who led Telstra for four years before leaving in 2009, was seen as instrumental in overseeing the construction of the Next G mobile network in Australia and establishing the telco as a significant engineering-led company.

However, the company was also known as arrogant under his leadership, an issue that ultimately led to Telstra beginning structural separation under the Federal Government's National Broadband Network plan after failing to submit a compliant bid for the first NBN proposal.

According to its latest set of figures, T-Mobile is still profitable, with $US5.2 billion revenues, after significant recent job cuts. The company is losing customers, having shed a record 205,000 in the last quarter, and its revenue from contract subscribers fell nine percent year-on-year.