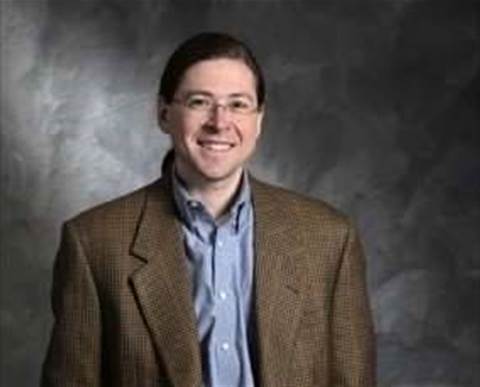 Schwartz said in his first post on a new blog, entitled Good Artists Copy, Great Artists Steal, that he "feels for Google" because Apple chief executive Steve Jobs had "threatened to sue me too".

Schwartz then detailed a phone call from Jobs in which the Apple boss attempted to flex his litigious muscles.

According to the blog post, Jobs had called Schwartz to discuss a prototype Linux desktop called Project Looking Glass that he said was "stepping all over Apple's intellectual property", and that Jobs would sue if Sun commercialised the product.

Schwartz said in the blog post that his response was simple. "'Steve, I was just watching your last presentation, and Keynote looks identical to Concurrence. Do you own that intellectual property? And last time I checked, Mac OS is now built on Unix. I think Sun has a few operating system patents too.' Steve was silent," he wrote.

Soon after this episode, Schwartz got to see Microsoft's Bill Gates and Steve Ballmer in action as the pair tried to get Sun to pay royalties for OpenOffice.

"Microsoft owns the office productivity market, and our patents read all over OpenOffice," said Gates, according to the post.

Schwartz wrote: "Bill was delivering a slightly more sophisticated variant of the threat Steve [Jobs] had made, but he had a different solution in mind. 'We're happy to get you under licence.' That was code for: 'We'll go away if you pay us a royalty for every download.'"

Schwartz described this as "the digital version of a protection racket".

"When companies turn to litigation, you know they are concerned about their position in the marketplace and the impact of competing products," wrote Schwartz, adding that such activity often backfires regardless of the court's decision.

"For a technology company, going on the offensive with software patents seems like an act of desperation, relying on the courts instead of the marketplace," said Schwartz.

"Having watched this movie play out many times, suing a competitor typically makes them more relevant, not less. Developers I know aren't getting less interested in Google's Android platform, they're getting more interested. Apple's actions are enhancing that interest."

Got a news tip for our journalists? Share it with us anonymously here.
Copyright ©v3.co.uk
Tags:
apple hardware jobs schwartz software steve sun